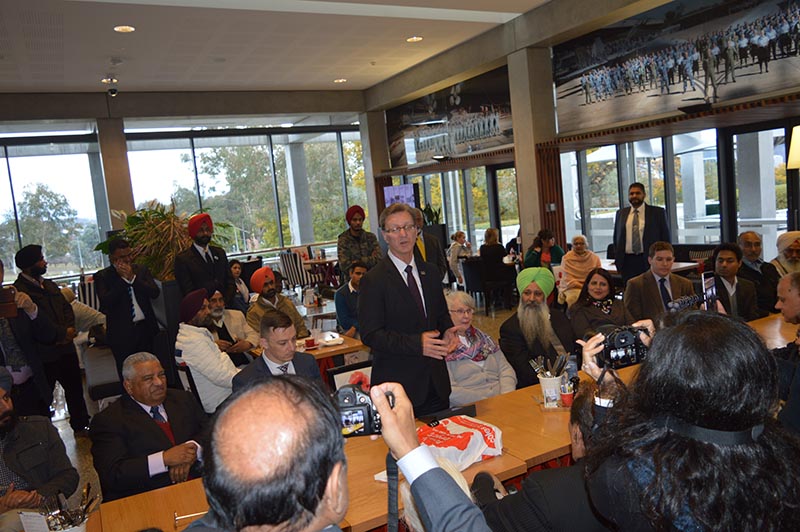 To commemorate the supreme sacrifice of two of the Australian Soldiers of Indian multicultural heritage who sacrificed their life fighting as part of Anzac forces, the community organised a Wreath Laying event at the Australian War Memorial on the 10 June 2017.

This was to mark the 100th anniversary of martyrdom of Private Nain Singh Sailani and Private Sarn Singh (both killed in the line of duty two days apart in the World War I in 1917). A large number of members attended the event from both Indian and wider Australian community at Australian War Memorial, Canberra.

The third and fourth generation family members of Private Sarn Singh were also present in the ceremony. The Indian High Commissioner His Excellency Ajay Gondane, Professor Deep Saini, the Vice Chancellor of University of Canberra, Hon Alistair Coe MLA the Leader of Opposition in ACT Legislative Assembly, the Hon Elizabeth Kikkert MLA the shadow Minister for Multicultural Affairs, the representative of the Chief Minister of ACT and many high profile community leaders from Sydney, Canberra and Melbourne attended the event.

The event was jointly organised by the historians Len Kenna and Crystal Jordan, Manmohan Singh Shergill of Victoria, Dr Yadu Singh of Sydney, Family of Saran Singh Johal and supported by Mr Jasbir Singh Gidda, the president of Canberra Sikh Association. Amardeep Singh and the Federation of Indian Assocations of ACT-FINACT, along with Ajay Kumar of Harcourt promoted the event.

Indian High Commissioner His Excellency Ajay Gondane delivered a very emotional speech and mentioned that in front the stature of our matyers we all become insignificant and reiterated the lines written by Jagdamba Prasad Mishra, “Shaheedon Ki Chitaon Par Lagenge Har Baras Mele Watan Par Mar Mitne Walo Ka Bas Yahi Ab Baaki Nishaan Hoga….!!!”. The leader of Opposition in ACT legislative assembly Mr Alistair Coe mentioned the history, the significance and the supreme sacrifice of our soldiers will never be forgotten. Minister for Arts and Community events Gordon Ramsay also addressed the gathering at Poppy’s Café at Australian war memorial before the Wreath Laying ceremony. After the ceremony at the Australian War Memorial the members headed to Canberra Gurdwara Sahib for the Ardas of Private Saran Singh. 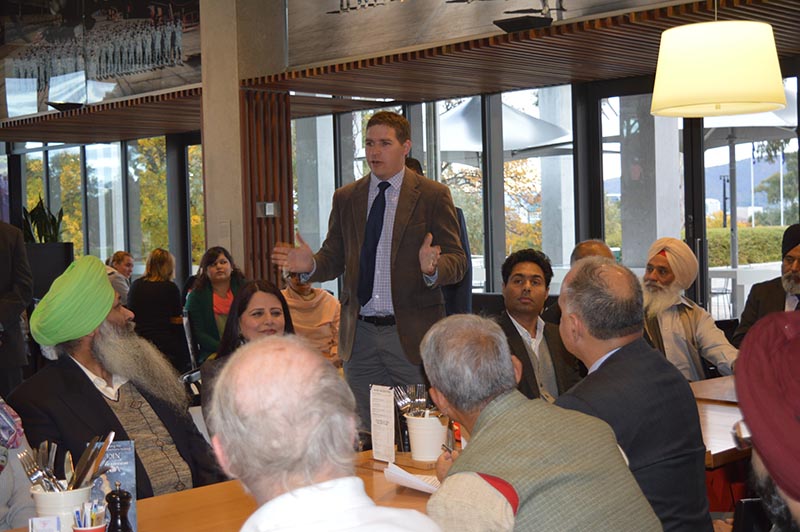 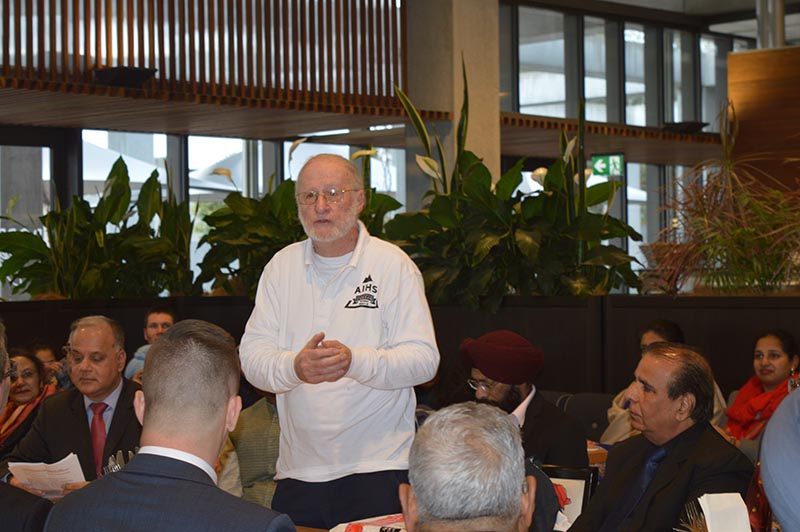 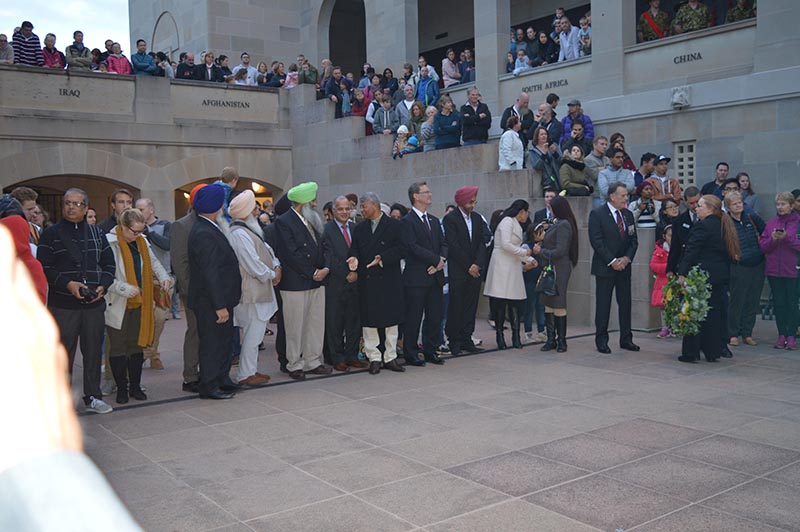 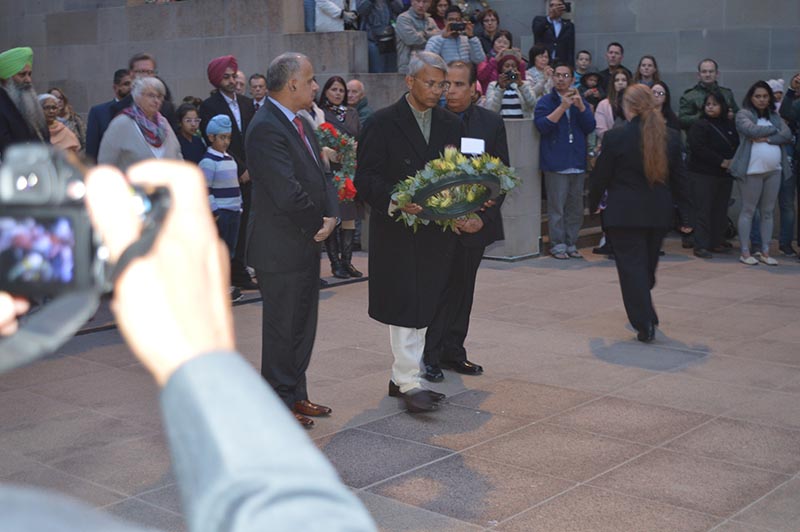 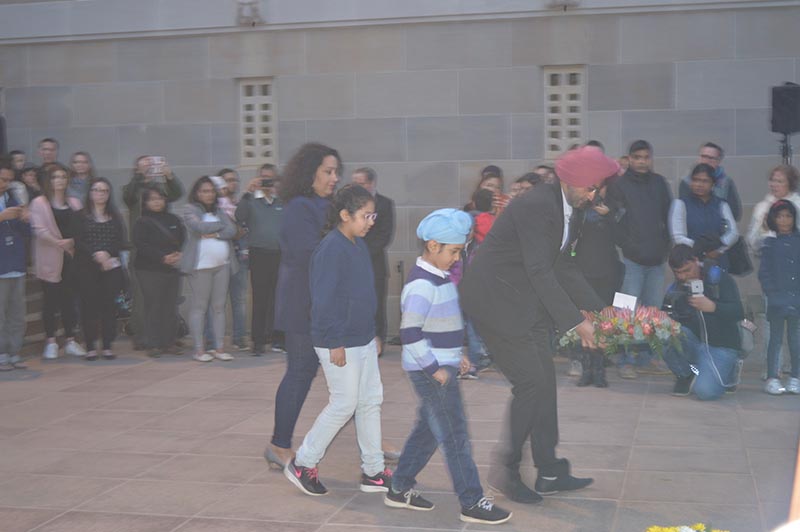 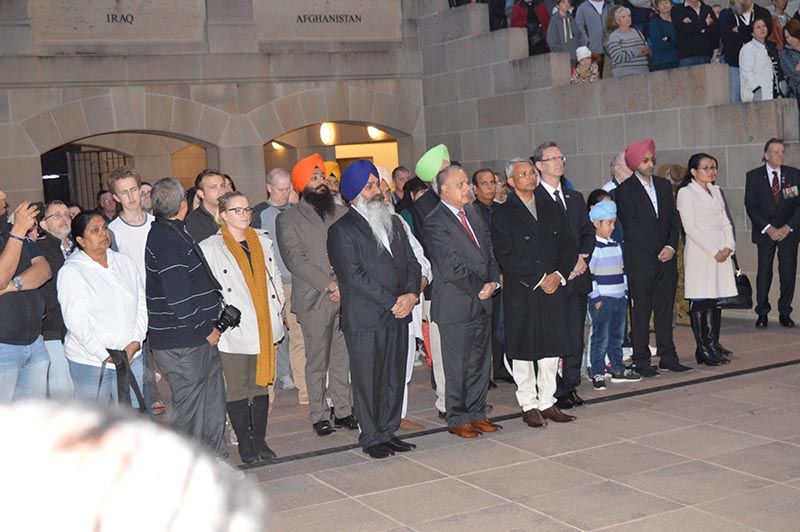 Lawyer Demands Complete Justice For Sushant Singh Rajput, says it could be a murder not a suicide