On the eve of Independence, 75 years ago when Jawaharlal Nehru, the first Prime Minister of India, delivered his famous Tryst with Destiny speech, I wonder if he had envisaged the India of today. While we generally quote his lines about India awakening to freedom while the world sleeps; I would like to quote these lines as they are as relevant, if not more, today as they were in 1947, “And so we have to labour and to work, and to work hard, to give reality to our dreams. Those dreams are for India, but they are also for the world, for all the nations and peoples are too closely knit together today for any one of them to imagine that it can live apart. Peace is said to be indivisible, so is freedom, so is prosperity now, and also is disaster in this one world that can no longer be split into isolated fragments”.

I am a proud Indian Australian. And despite everything sceptics may say, I revel in the richness of my culture and my heritage. The Indianness in me is so deep rooted that even today, 19 years after having left the country, the thought about the country and her people warm my heart. And the Indian National Anthem gives me goosebumps. India has been on a rollercoaster ride since 15 August 1947.  For a country who is 75 years young we have achieved milestones despite all odds. When the British left India, tattered, torn and crippling, they had thought that the country would continue to crumble and fall and fail. But we picked ourselves up, dusted off the mire of bondage that had not succeeded in damaging our spirits and got to the task of nation building. Over the last 75 years we used our unique cultural diversity and strong civilizational roots to create a brand that is well respected and a force to reckon with today. No other colonised country has made the strides we have and the credit of this goes to the people of India and their resilience. Our growth is an example and inspiration to the rest of the world. 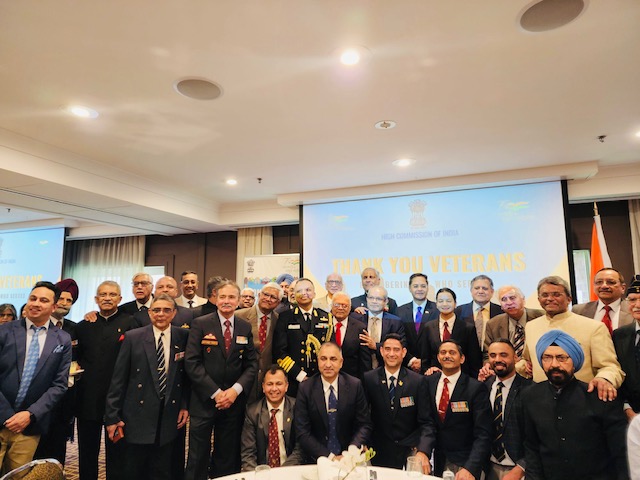 India’s contribution to the world has not been mean by any standards. Apart from the Indian intelligentsia who hold key positions in various parts of the globe, the post-independence journey includes expansions in diverse fields like agriculture, space and nuclear technology, aryurveda and naturopathy, IT and biotechnology to name but a few. I am not a politically inclined person. For me it is not the party in power, but the core group of people elected by the masses, governing the nation that matter. It is great to know about India’s move towards self-sustainability, India’s move towards an “Aatmanirbhar Bharat”. It gave me great joy to hear and read about “Azadi Ka Amrit Mahotsav”. An initiative of the Government of India, this grand festival not only celebrates and commemorates 75 years of our independence, but also pays tribute to the glorious history of our people, our culture and our many achievements. This Mahotsav is a dedication to the people of India to have brought her thus far in her journey towards progression through their sheer grit and will to succeed and hold within them the power and potential to move her into the next phase of her growth.

I have seen a number of small yet significant changes, especially the general cleanliness across most states in the country. The paid public toilets have made a massive difference. This has made travelling to different parts of the country less cumbersome. My last visit to India was in 2019. The cleanliness on the railway platforms in general and the filth-free roads were indeed some pleasant sights. It showed a shift in the mindset of the common man which is a colossal change. The path to transformation and growth has to happen at the grassroots level. While India was cantering towards successful change a few stumbling blocks were thrown her way from within the country and also from across the border. But she manoeuvred through these with deftness that is only seen in someone who is keen to move forward, and not be pulled back.

As part of the Independence Day 2022 celebrations, on Saturday, 6th August, the High Commissioner of India to Australia, Ambassador Manpreet Vohra invited the Indian veterans in Australia to a lunch at the Hyatt Hotel in Canberra. It was a great meet and greet occasion with nearly 70 people in attendance. The contributions of the Indian Armed Forces in protecting not just the borders of the nation but her integrity too were remembered. There were officers who had served in both the Indian and Australian Armed Forces. The High Commissioner spoke about his personal connections with the Armed Forces and lauded the families who stood beside the men when they were called to duty. The families of the officers and their men in the Armed Forces have a huge role to play in this equation. It was a very well spent afternoon, and the veterans lauded the High Commissioner for this initiative.

Today India’s opinions matter and make a difference on the global stage. From a country ruled by kings and emperors to becoming a British colony to evolving into a nation that is playing an increasingly important role in world politics, India has come a long way in the past 75 years. The story of her impressive growth is inspirational. May my country of birth, my motherland continue to blossom and prosper. It is extremely heartening to see increasing bilateral relationships between India and Australia. May these two countries continue to collaborate, grow and thrive complement each other’s strengths. A very happy 76th Independence Day to all my fellow Indians and Indian Australians. Jai Hind!