Holi a festival filled with hues 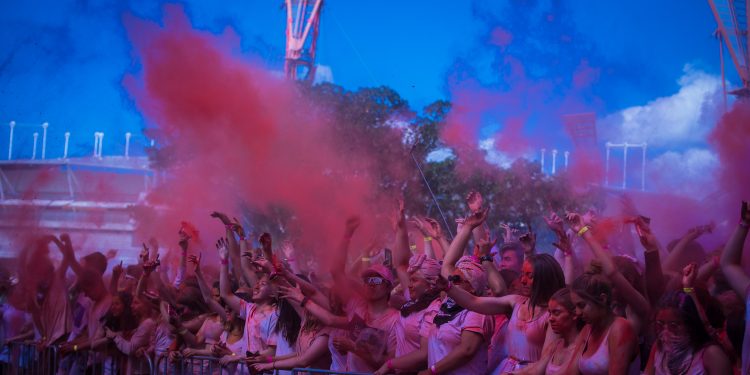 The emergence of Holi festival is believed to be before the Christ. Historians also count on that the Holi was celebrated by all Aryans but more so in the eastern part of India. Although the festival is mostly celebrated in India and Nepal, it has also spread to other parts of Asia and the western world through migration from the Indian subcontinent. Holi festival is popular around the world. You can participate in this celebration in cities like New York, Sao Paulo, Hong Kong, Barcelona, Sydney, Vancouver and many others in the world. 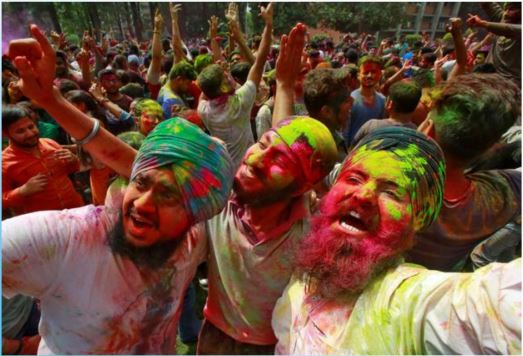 Holi is celebrated by almost all religions in India with lots of pomp and show due to its phenomenal fun and anarchic atmosphere. It is celebrated on the Purnima of Hindu Lunar calendar in the month of Phalgun. Holi is celebrated most of the time in the end of February or early March. It foreshadows the arrival of spring season and celebrates the end of winter season. This year the festival of Holi is commencing on 18th MARCH, 2022. Looking into the present scenario let the colours of Holi spread the message of peace and happiness this year and for the coming years.

Holi is not just a fiesta of colours and a feast of sweets. Holi like all other festivals also has its fair part of legendary significance. It reminds us of the divine and eternal love of Lord Krishna and Radha. Lord Krishna is associated with play of colours as he applied colour on his beloved Radha and other Gopis. Gradually, the play was vogued with the people and became a tradition. Therefore, Holi festival demands love and respect in the relationships.

It also reminds us one of the most remarked mythology characters Narashima, Prahlad, Hiranyakashyapa and demoness Holika. Hiranyakashyapa wanted everyone to worship only him and not to his brother Lord Vishnu. Unfortunately, his son Prahlad became an ardent devotee of Narashima(half man and half lion). Hiranyakashyapa commanded his sister, Holika to enter a blazing fire with Prahlad in her lap. Holika had a boon that she could enter fire without harming herself. However, she was not aware that the boon worked only if she enters alone in the fire. As the result, she paid a price for her minacious desires, while Prahlad was saved by the grace of the God for his extreme devotion. The festival, therefore, celebrates the victory of good over evil and also the triumph of devotion. 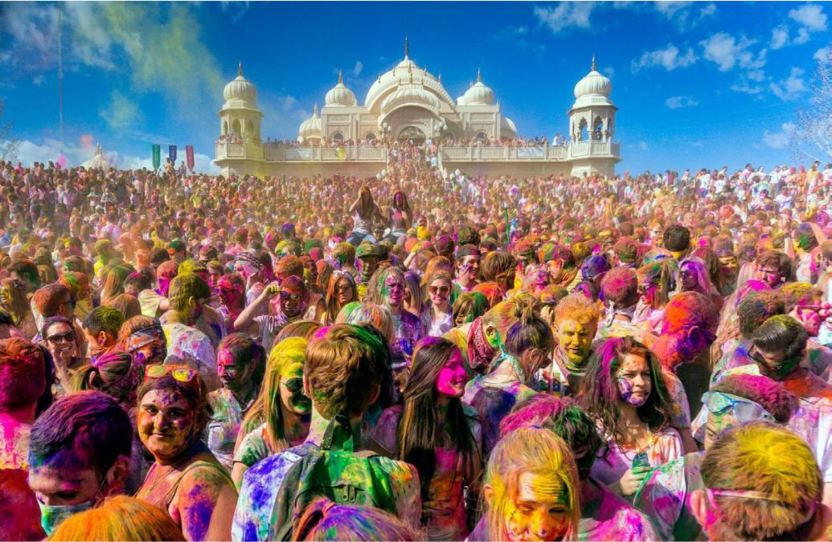 The predominantly stimulating part is how this festival is celebrated. One day prior to Holi festival, people meet in open areas and gather around the Holika bonfire to welcome spring season. The other morning, people meet in the streets and throw powdered colours at each other. As the ‘battle of colours’ wrap up, everyone gets indulged in intoxicating drinks and mouth-watering delicacies. The people together dance to the rhythm of musical instruments like dhol, drums and loud music. In the later evening, people get dressed up to visit their friends and relatives and exchange sweets with each other. 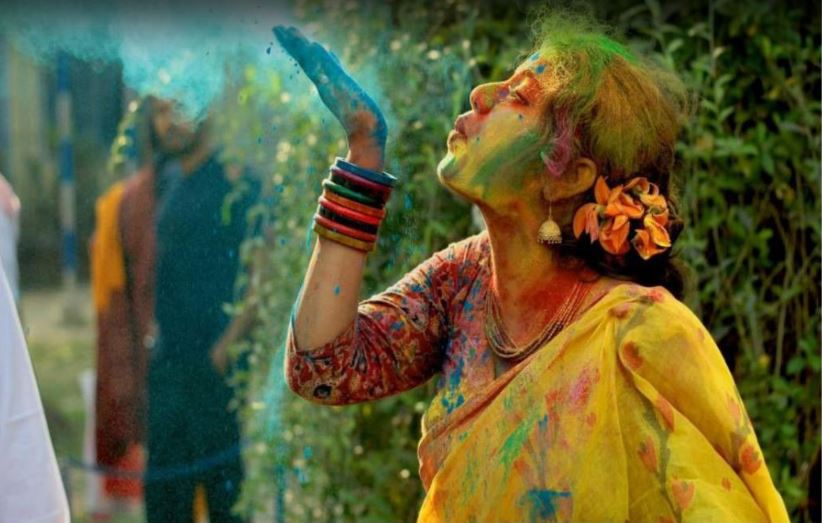 Holi gives the appearance of the rainbow on the Earth instead of its formation high in the sky. Let’s join hand in hand on this Holi and bring peace from the white colour; gather power from the red colour; enhance knowledge from the yellow colour; boost growth and development from the green colour; motivate ourselves to achieve success from the orange colour and spread love everywhere from the pink colour.

Being a multicultural society, we are bound to celebrate Holi. Here, many of these festivals are funded by local councils as well as state governments. Not only do people participate in the throwing of colours but there are also various food stalls and dance performance to keep everyone entertained throughout the day.

The great thing about living in a multicultural society is that all celebrations are inclusive regardless of race meaning anyone can come along and celebrate such a wonderful tradition. 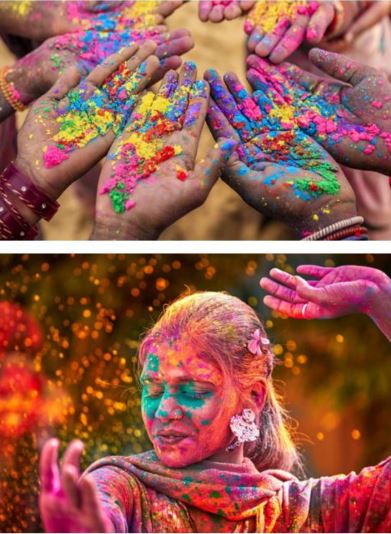 Tips on going to Holi Festivals

Here are a few tips to enjoy Holi to its fullest.

Wear white clothing! This has to be the most important tip. Wearing white clothing is part of the tradition and allows the colours to be shown more vividly.

Wear comfortable shoes. The only reason is that you’re most likely going to be jumping around and dancing, so you want to make sure your feet are okay so you don’t miss out on the fun.

Have fun. Holi festivals are a great way to meet new people and connect with your friends. Make sure you take photos and don’t be afraid to loosen up and enjoy the moment.

Holi is such a beautiful tradition Indians have and it’s absolutely amazing to see that it celebrated all around the world with many countries and regions including their own little twist. So how are you celebrating Holi this year? 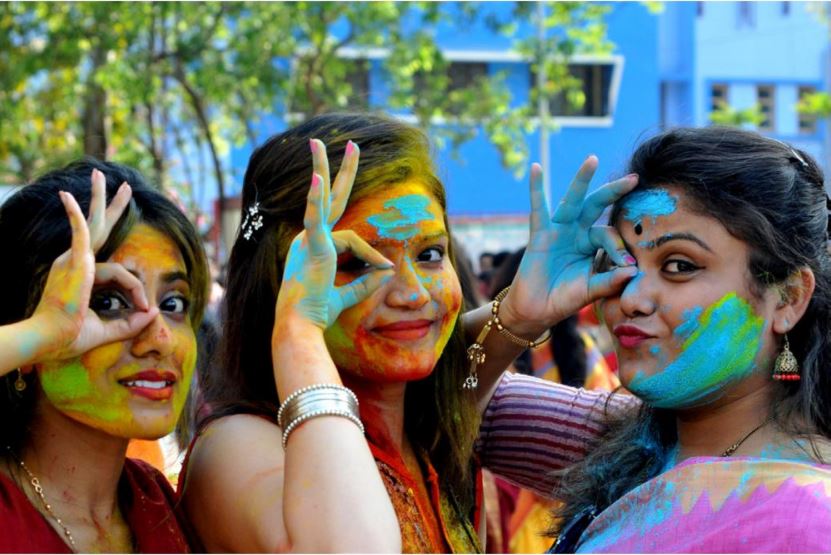