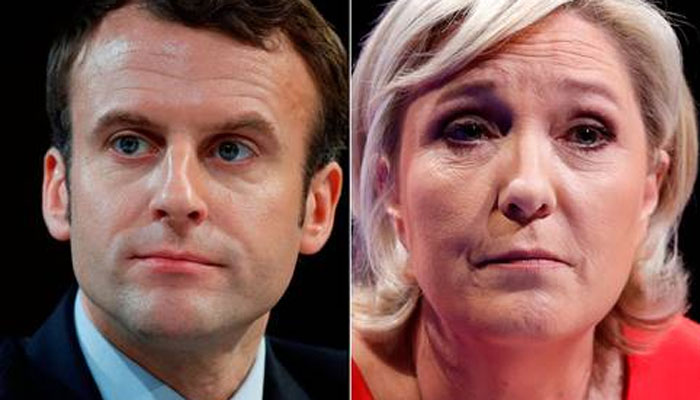 Paris: Independent centrist Emmanuel Macron and far-right nationalist Marine Le Pen are making a final push for votes on Friday, the last day of campaigning ahead of the French presidential runoff on Sunday, the media reported.

Macron – who has a substantial lead in opinion polls – is set to visit the southern city of Rodez to campaign later in the day, the BBC reported.

They started their day with separate interviews on France’s RTL radio station where Le Pen said with European Union rules in place, banks can tap into people’s savings accounts to bail themselves out.

Macron, on the other hand, told the radio station that Le Pen “exploits fear and hate”, Efe news reported

An opinion poll, carried out by Elabe for BFMTV and L’Express magazine, found support for Macron has risen to 62 per cent, compared to 38 per cent for his far-right rival.

An separate poll by the Odoxa Institute for France Info predicted Sunday’s election would have the lowest turnout of any second-round presidential vote in France since 1969.

The institute reported that far-left voters were particularly unlikely to vote.

Meanwhile Macron has filed a lawsuit over online rumours that he had a secret bank account in the Caribbean, reports the BBC.

He has strongly denied the allegations, which were mentioned by Le Pen during Wednesday evening’s final TV debate between the two contenders that saw both trading insults.

While Macron branded Le Pen ill-informed, corrupt, dangerously nationalistic and a “hate-filled” liar who “fed off France’s misery” and would bring “civil war” to France, The Guardian reported.

She in turn called the former Economy Minister an arrogant, spoilt, cold-eyed, “smirking banker” who was colluding with Islamists, complacent on terrorism and intent on “butchering France” in favour of “big economic interests”.

Also on Thursday, former US President Barack Obama endorsed Macron in a video message, praising his “liberal values” and saying he “appeals to people’s hopes and not their fears”, the BBC added.

However, many supporters of Jean-Luc Melenchon’s far-left ‘France Insoumise’ (Unbowed France) movement have vowed to abstain in the vote and have demonstrated under the slogan “ni Macron, ni Le Pen”, neither Macron nor Le Pen.

If Macron comes to power, he will be the youngest French leader since Napoleon while Le Pen would be the first female head.

What Self-Care Is & How to practice it.