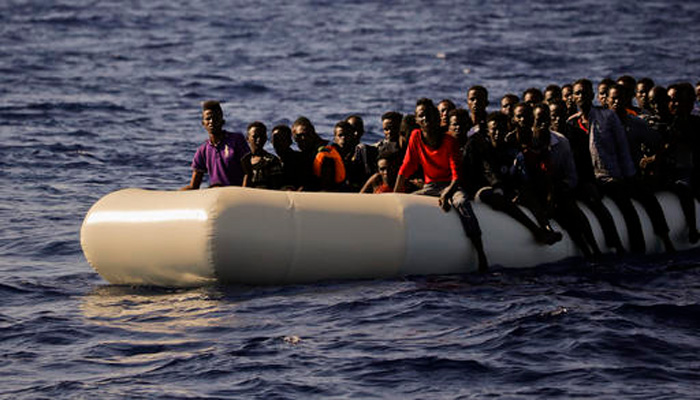 Rome: At least 20 migrants including young children drowned on Wednesday when they fell off an overloaded vessel in the Mediterranean, the Italian coastguard and a humanitarian worker said.

“There’s a critical situation today. About 200 people fell into the water and for the moment we have 20 bodies,” a coastguard spokesman told AFP.

The migrants were on a wooden boat carrying between 500 and 700 people and were just 20 nautical miles off the Libyan coast when the accident happened.

The crew of the Phoenix aid boat, chartered by the Maltese NGO Moas, had begun the rescue and were distributing lifejackets when many of those on deck fell into the water, perhaps knocked off balance by a wave.

“It’s not a scene from a horror movie, it’s a real-life tragedy that is taking place today at the gates of Europe,” said Chris Catrambone, Moas co-founder, who was aboard the Phoenix and published photos showing dozens of migrants in the water.

With the help of an Italian coast guard ship and several commercial ships, rescuers raced to drag as many people as possible from the water, while a helicopter and military aircraft dropped lifeboats.

“There are still about 30 corpses floating in the area, many are young children,” Catrambone added.

In total, about 15 relief operations were underway Wednesday off Libya, the coast guard said without being able to give a total for the number of migrants involved.

Yesterday, they coordinated the relief of about 1,500 migrants, while their Libyan counterparts intercepted 237 others.

Turkey to resume northern Syria operation if US does not keep promises: Recep Tayyip Erdogan