According to the Australian Bureau of Statistics, India has surpassed both China and New Zealand to become the third-largest country of birth, behind only Australia and England. 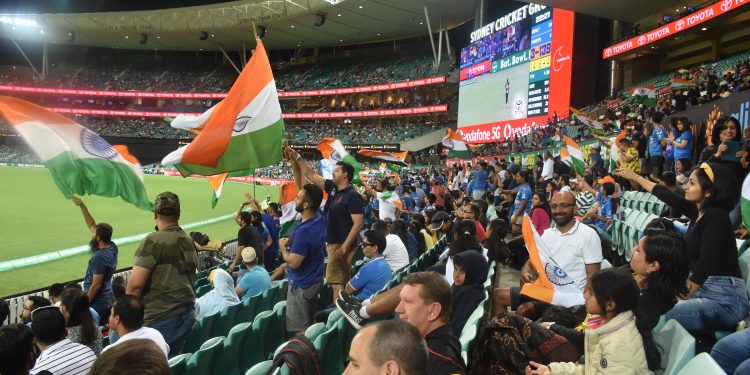 According to data released on Monday by the Australian Bureau of Statistics, India has surpassed both China and New Zealand to take over Australia and England as the third-largest nation of birth.
According to the most recent census, an additional 220,000 persons claimed to have been born in India.
Additionally, since the last census was taken in 2016, more than a million people have immigrated to Australia.

The first release of 2021 Census data is now available.

Find out what 2021 Census data reveals about where we live, our ancestry and what languages we speak at https://t.co/xiwPiZeTUd #2021CensusDataAU pic.twitter.com/4Rb7hYsT25

The census is a national household questionnaire carried out by Australian authorities in five years. The census took place in August 2021 when the COVID-19 pandemic was worsening across the globe, as per an ABC News report. Among other revelations, the data revealed that almost half of all Australians had a parent born in a foreign country, and more than a quarter was themselves born overseas. Notably, 48.2% of people had a parent not born in Australia. It is to note here that in 2016, the census said that 45.5% of Australians had at least one parent born overseas.

Apart from the question about the country of birth, the survey asked Australians to report up to two “ancestries”, according to the media report. English remained the most common ancestry with 33% of people, which was followed by Australian – 29.9%, Irish – 9.5%, Scottish – 8.6% and Chinese – 5.5%.

In another notable migration trend uncovered in the survey, there was an unprecedented growth of the Nepalese population in Australia. Nepal had the second-largest increase in country of birth, with an additional 67,752 people counted.

Despite India overtaking China in becoming the third-largest country of birth, Mandarin continued to be the most common language spoken at home except English. Nearly 700,000 people reported speaking Mandarin at home, followed by Arabic with about 367,000.

Moreover, Punjabi-speaking people in Australia witnessed the largest increase of 80% since 2016. Just over 367,000 Australians are using the Indian-origin language at home. Notably, the 2021 census data collected information on more than 250 ancestries and 350 languages.

“For example, by understanding the growing population groups in their area, community groups can provide in-language services at the local level”, as per the report.

Census data shows we’re more culturally diverse than ever. Our institutions must reflect this

Census data shows we’re more culturally diverse than ever. Our institutions must reflect this

Kangana ranaut retreats to himachal pradesh, but the war of words continues with shiv sena

‘The Black Prince’ a millennial’s diaspora and reflection.