Badhaai Do Movie Review : Badhaai Do is a complete family entertainer that also bravely addresses a social issue 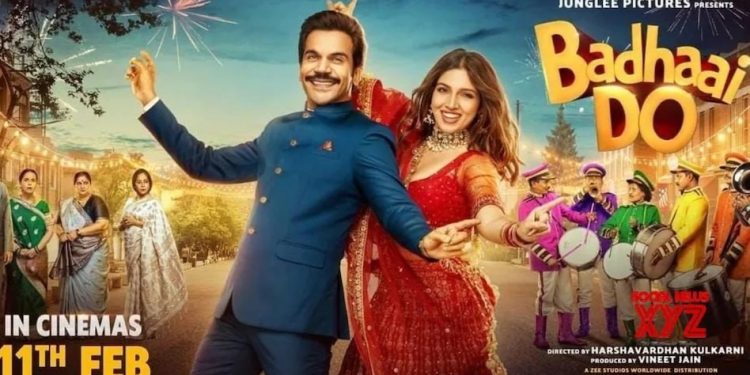 Badhaai Do Story: Sumi and Shardul lead dual and socially-suppressed lives as closeted members of the gay and lesbian community. When they settle for a marriage of compromise to please their intrusive families, they assume this would give them cover while they pursue partners of their choice. What they eventually achieve by this and how forms the narrative of this family entertainer. 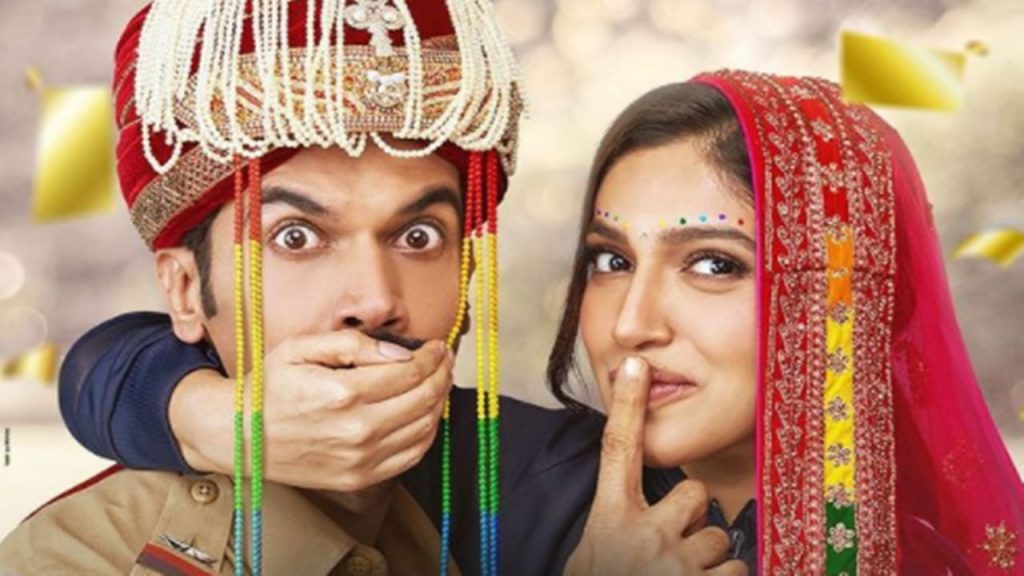 Badhaai Do Review: Marriages are made in heaven, or so they say. Interestingly, a huge number of these ‘heavenly marriages’ appear all shiny and bright owing to the compromises made by couples on various levels. In Badhaai Do, this matrimonial compromise is of a different kind – one that is not often spoken about but has been in existence all along.

For those unversed, it’s called a lavender marriage – which is a hetero marriage between two homosexual persons, who agree to this arrangement of convenience for various reasons like trying to fit into society, avoiding social stigma emanating from their single status, and using it as a cover so that they can live their lives with some semblance of freedom. Harshavardhan Kulkarni’s film depicts this complicated arrangement with humour and wit – but not at the expense of the characters – and handles the protagonists’ dilemma with a great deal of sensitivity. The film is an attempt to send out the message that sexual orientation should not and does not define who an individual is. A sequel to the multiple National Award-winning movie Badhaai Ho, the film is an entertaining family watch.

In the film, newly-weds Sumi and Shardul (Bhumi Pednekar and Rajkummar Rao) live like roommates. What follows Sumi and Shardul’s wedding is their journey of walking on eggshells to keep their secret from their families, friends, and neighbours, while trying to stay true to who they are. In the process, they find themselves running from one chaotic situation into another. Shardul and Sumi’s romantic interludes with their real partners play out with the kind of ease, comfort, and turbulence that we have seen between any other couple in our movies – an indication that the intention of the film is not to stereotype the gay and lesbian community but to change mindsets and eliminate prejudices against them.

The film sensitively portrays the immense loneliness and sense of isolation that a gay person feels, especially when they lack a window to communicate openly with their family, and are forced to deal with issues on their own. How the protagonists attempt to come out of the loneliness and communicate with their family is highlighted in the second half.

Badhaai Do attempts to normalise the big-screen depiction of the gay and lesbian community and their romantic relationships. The complexities of marriages, middle-class traditional families and their demands from individuals have also been shown with sensitivity and realism. The beauty of the narrative lies in the fact that there is no judgment – the characters are not treated differently because they’re gay. From the word go, the film treats the lead pair’s sexual orientation as matter-of-factly as possible.

Rajkummar Rao’s portrayal of Shardul is spot-on. The emotionally-charged moments especially are heartachingly beautiful. He has a firm grip on his character, which he plays with absolute grace and honesty. Bhumi Pednekar’s portrayal of Sumi is sensitive, nuanced, and on point. Expressing the turbulence, she battles within without words is a charm that she has in abundance.

Chum Darang makes a fine debut in Bollywood with a role that takes courage for a newcomer to go along with. The makers must be lauded here for casting an artiste from the northeast as a parallel lead, which is rare in Hindi cinema. Gulshan Devaiah deserves a special mention, his cameo is the surprise packet. Look out for this one! The supporting cast, comprising veteran artistes like Seema Pahwa and Sheeba Chaddha, adds gravitas to the story. In fact, some of the most laughable moments stem from their conversations.

The first half could have been edited better to add pace to the proceedings. The narrative, in its bid to add layers, loses its way on a few occasions, but finally, it hits home. The film has been shot well, capturing the beauty and the simplicity of Uttarakhand. In the music department, Badhaai Do’s title track by Tanishk Bagchi and Bandi Tot by Ankit Tiwari stand out. Hum Thay Seedhe Saadhe by Amit Trivedi is also a beautiful love track that lingers long after the film is over.

When the Supreme Court decriminalised homosexuality in 2018, Justice DY Chandrachud quoted the late Justice Leila Seth and said, “The right that makes us human is the right to love. To criminalize the expression of that right is cruel and inhumane.” In a country where it took decades to decriminalise consensual gay sex and where same-sex marriages are still not recognised by the law or accepted by the society at large, films like Badhaai Do are important. It normalises the subject for the average Indian family and starts a conversation. While Bollywood has seen several films where the stories revolve around the gay and lesbian community, this film attempts to provide a perspective to families, especially in smaller towns. Instead of walking away from them, the film brings families right into the centre of the fold.

Review by Rachana Dubey from Times of India

Diaspora has and will lead the way in Australia India relations