Canada Through My Eyes – Part I

It was my desire to see a country of 35.15 million people, Canada. On 24 June 2017, my dream came true when my wife and I Ianded at Pearsons International Airport, Toronto, Canada, having bought a 23 days Cosmos Canada-Alaska tour from Travel Hut, International Tour Operators of Sydney. Journey home to Brampton with my friend Harpaul Singh in the evening at 9.00 pm was a pleasant one as the sun had not set in Toronto. The surroundings were lush green with beautiful bedsides of radiant flowers of all vibrant colour-son the road side. The temperature was 24 degree Centigrade, as the majority of the country has a cold or severely cold winter climate, but southerly areas are warm in summer. I was surprised at the rational cost of the airport car parking fare – only $3. 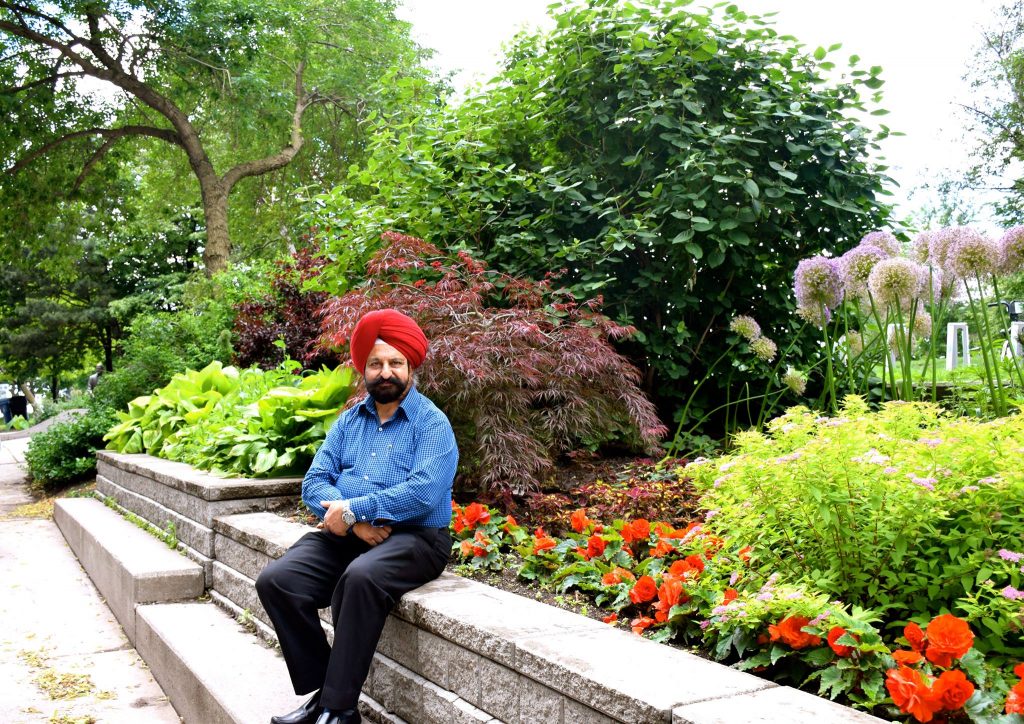 Brampton, like Toronto, constitutes of a majority of the Indian community, who are well established with some owning large shopping complexes. Interestingly the prices of daily use items, such as vegetables and grocery are quite reasonable. There is a DOLLORAMA (one dollar shop) where one can get most of the thing at a cheaper rate. The width-wise size of the daily newspaper is half than the Sydney newspapers.

To fulfil the needs of the Indian community, there are some private Gurdwaras, such as a Gurdwara in Brampton shown in the picture, where several big/small halls are constructed as per need of the community for marriages, birthday celebrations and other events and 5-star facilities are provided on payment. 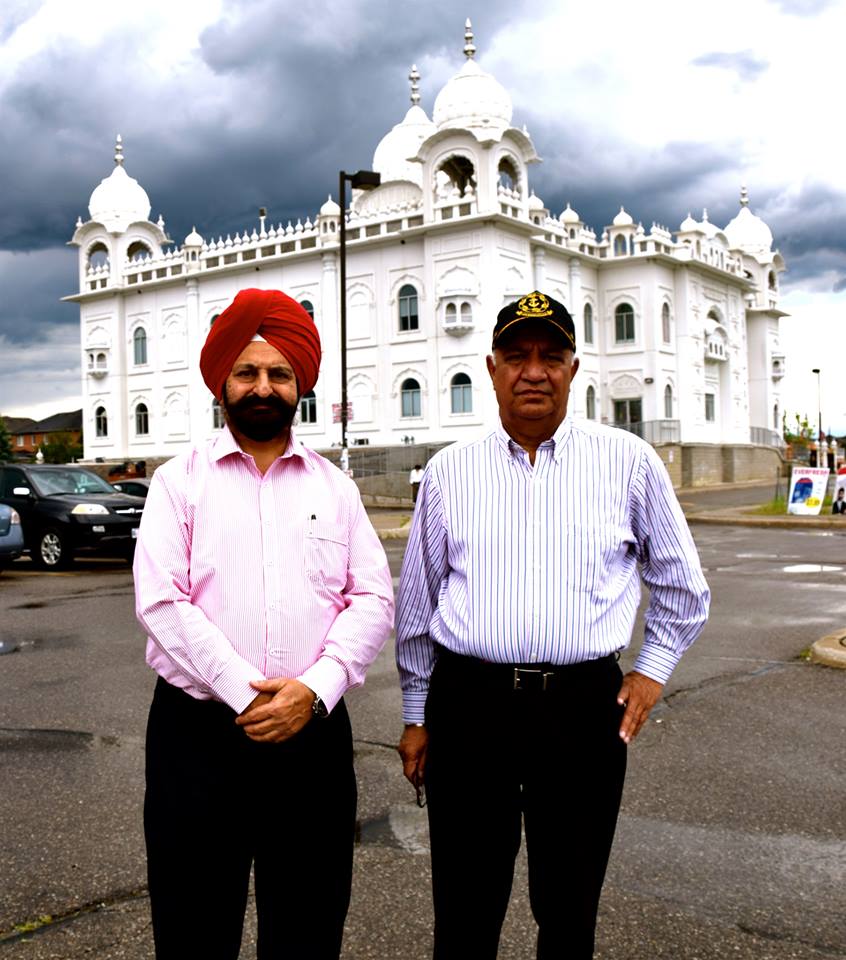 Along with some old class-fellows whom I met after 45 years and some new friends like Manmohan Singh Walia and Tommy Walia of “Tandoori Nites”, we enjoyed sumptuous dinner. This restaurant also caters for Indian film actors and Punjabi singers during their visit to Canada. Also I had the opportunity to meet Hon. Sonia Sidhu MP Brampton South, who was busy in the preparation of celebration of Canada’s 150th anniversary on 1st of July 2017. 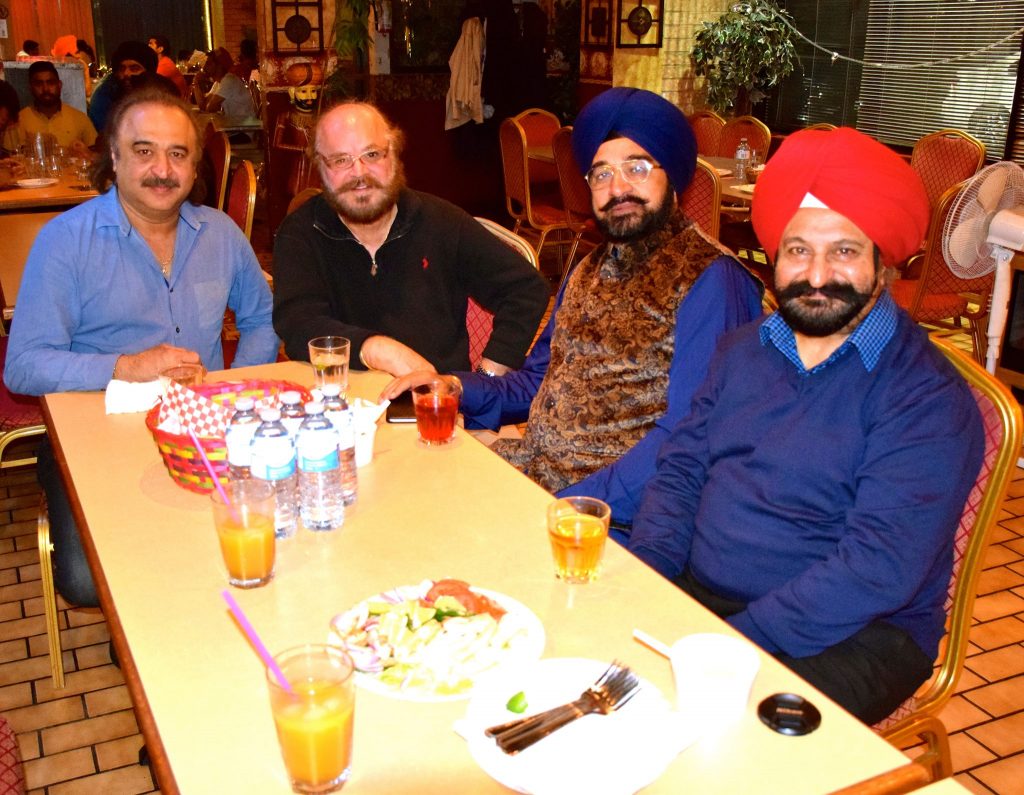 Our tour guide, Sharon, was very informative through the source of the tour. She informed us that Canada is a developed country in the northern part of North America which occupies much of the continent of North America, sharing land borders with the contiguous United States to the south, and the US state of Alaska to the northwest. Canada’s long and complex relationship with the United States has had a significant impact on its economy and culture. 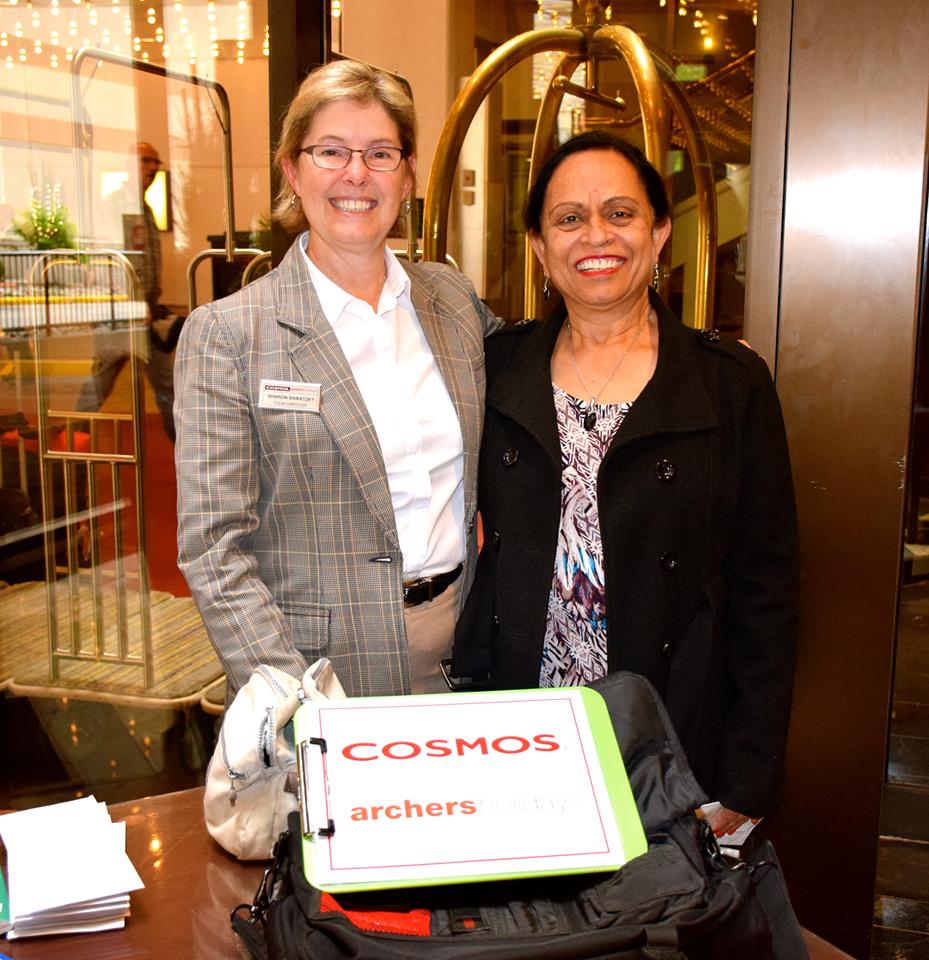 It is one of the world’s most ethnically diverse and multicultural nations, the product of large-scale immigration from many other countries. It has ten provinces and three territories covering 9.98 million square kilometres, making it the world’s second largest country by total area and the fourth largest country by land area. It ranks among the highest in international measurements of government transparency, civil liberties, quality of life, economic freedom and education.

Since the end of the last glacial period, Canada has consisted of eight distinct forest regions, including extensive boreal forest on the Canadian Shield. Canada has over 2,000,000 lakes (563 greater than 100 km2, more than any other country, containing much of the world’s fresh water. There are also fresh-water glaciers in the Canadian Rockies and the Coast Mountains.

Visited CN Tower in Toronto and enjoyed the dinner in 360 the Rotating Restaurant up there. The height of the CN Tower is 553.3 meters and is known as concrete communications and observation tower. It was completed in 1976, becoming the world’s tallest free-standing structure and world’s tallest tower at that time. It held both records for 34 years until the completion of Burj Khalifa and Canton Tower in 2010. 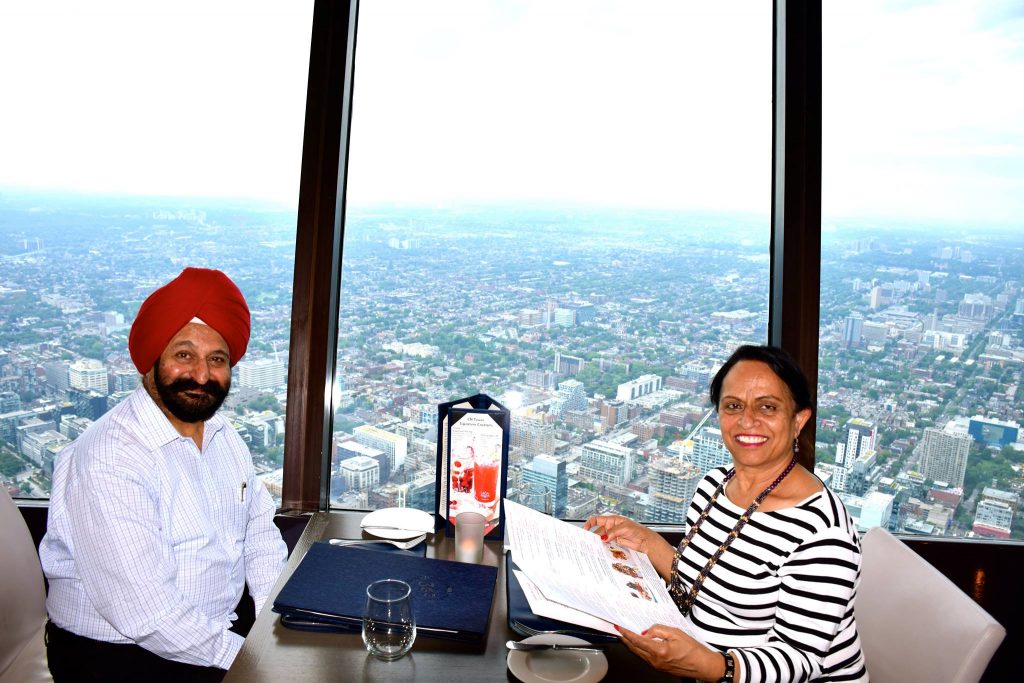 Restaurant capacity is 400 at 351m height and 200 at 346m height and it compeletes one full revolution in 72 minutes. The breathtaking views of Toronto’s skyscrapers, high rise buildings and sea from the top were a addition to the delicious three course meal. Toronto’s ultimate event venue, the CN Tower hosts over 500 events each year from receptions and dinners to product launches and themed events. 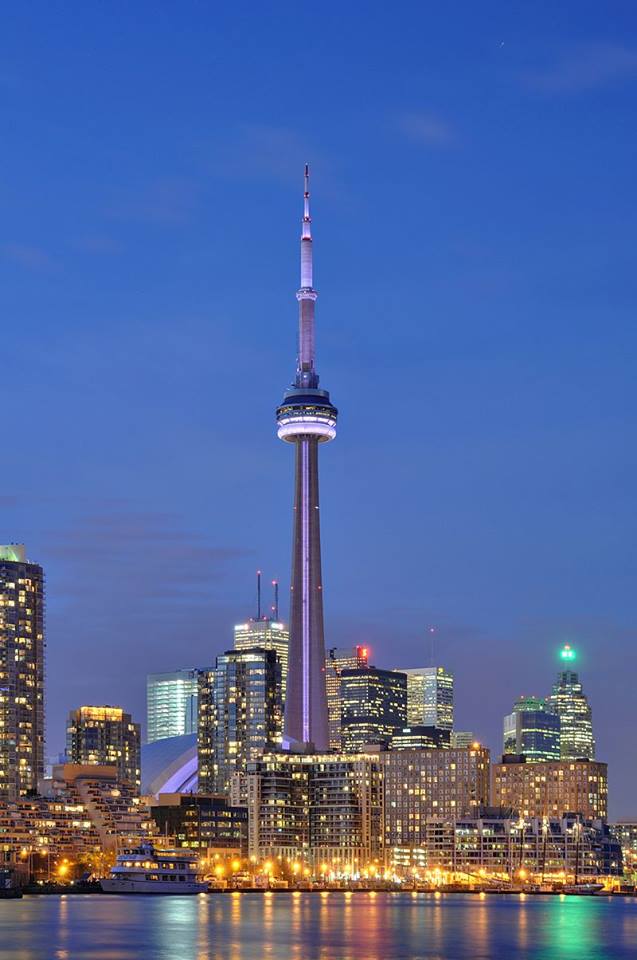 Attractions included a state of the art theatre, KidZone play area and 10,000 square feet of unique Canadian artisan souvenir shopping in the Gift Shop. Visual displays throughout the building share many fascinating stories about this engineering marvel. We captured some beautiful pictures from the Rotating Restaurant.

The other places of interest were Harbour Front, Ontario Place and Chinatown. To be continued in Part II…….

Nitish Kumar quits as Bihar CM, says ‘I listened to my conscience’

Why have Easter eggs when you can have ladoos?!

International Criminal Justice Day; Lessons and Views from aboard.