Centre can’t decide what we eat, we won’t abide by it: Mamata on govt’s cattle directive 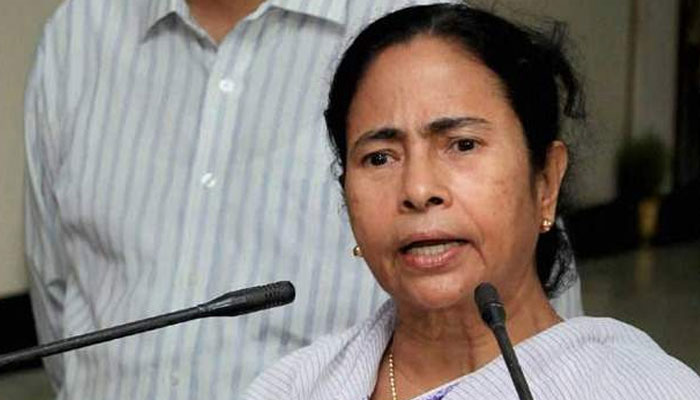 Kolkata: West Bengal Chief Minister Mamata Banerjee on Monday slammed the Modi-led government for imposing the “unconstitutional” cattle slaughter directive and said that the move is “anti-secular and anti-federal”.

“My government will fight this unilateral measure legally because it stands to destroy the country’s federal structure,” she said at a brief press meet here.

The chief minister said, “the government cannot decide what we eat and I request the centre not to interfere.”

She said all secular parties have backed her stance on the issue and ready to fight it legally. She said the directive is unconstitutional.

Mamata also cautioned the centre not to “play with democracy” and “destroy federal structure”.

The reaction comes a day after the Kerala government criticised the Centre’s move and announced to challenge it with an alternate legislation.

The state government suggested that it could bring in a law to counter the central ban on the sale of cattle for slaughter.

Hitting out at the BJP-led government at the centre and the RSS, Chief Minister Pinarayi Vijayan said there was no need for the people of the state to draw lessons from New Delhi or Nagpur on their food habits.

Vijayan had earlier shot off a letter to the prime minister to protest the Centre’s decision.

Opposition Congress-led UDF, meanwhile, decided to observe Monday as a ‘black day’ against the ban.

Amid the raging debate over the issue, police on Sunday registered a case against Youth Congress worker Rijil Makulti and his accomplices for slaughtering a calf in public in Kannur during ‘Beef fest’ organised across the state by the Congress and the Left to protest the Centre’s ban.

Latching onto the issue, the NDA in Kerala decided to observe Tuesday as a day of protest against the incident.

Kerala BJP president Kummanam Rajasekharan posted the video of the gory Kannur incident on twitter, calling it “cruelty at it peak” and said no normal person can behave in this manner.

“A case has been registered under Sect 120 A of the Kerala Police Act on the basis of a complaint of Yuva Morcha activist”, Kannur SP Siva Vikram, told PTI.