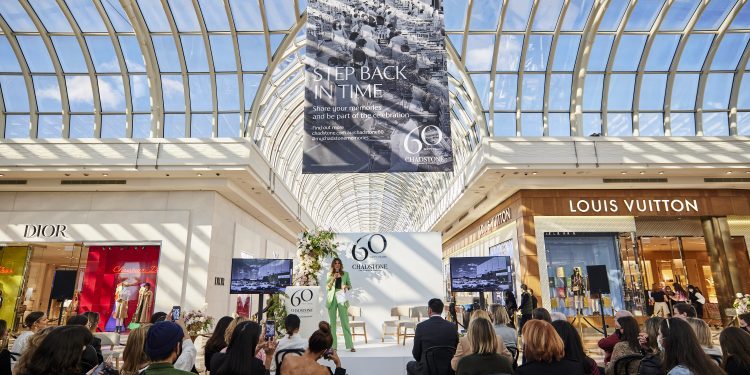 In its 60th year, Chadstone – The Fashion Capital, marks a monumental milestone inviting past and present visitors to commemorate the community’s achievements through a calendar of celebratory festivities. The series of special events will commence with a media announcement on Thursday 24 June, followed by an ‘In-Conversation’ event in August, with a prominent panel of experts to speak to guests on what the future of retail looks like. A curated cinematic exhibition will take place at Chadstone in September that will feature photos, archival footage and memories from visitors over the last 60 years, exploring the rich history of the centre and evoking waves of nostalgia. Finally, the year will go out with a bang with the biggest event of the 60-year milestone celebrations – a community carnival with rides, entertainment and fun at Chadstone, taking place in early October for family, friends and visitors to enjoy. To kick off celebrations on 24 June, Chadstone will also unveil the next stage of the centre’s ever-evolving footprint at the media conference. For 60 years, The Fashion Capital has ignited memorable stories, iconic moments and world-class experiences. Today, Chadstone is excited to announce ‘Step Back in Time’ – calling out to all Chadstone customers to share their favourite stories of special experiences at the centre over the years. Whether it was the purchase of a first school formal dress, a first date at HOYTS Cinemas, the selection of milestone jewellery, or fond memories of Sundays spent shopping with grandparents, this year Chadstone wants all visitors to take a trip down memory lane and share why the landmark remains such a special place for them.

The initiative will launch on 24 June, and customers can share their Chadstone Memory by submitting via the Chadstone website, social media channels using hashtag #mychadstonememories or in-person at the Concierge Desk, located Ground Level. Chadstone – The Fashion Capital would love to see as many people as possible submitting their memories, to be able to look back on all that has been achieved over the wonderful 60 years. Embodying these nostalgic recollections are appointed Chadstone 60 Year Ambassadors and Murrumbeena locals, Kaye and Graeme Andrew. Kaye and Graeme met at the State Bank of Australia at Chadstone in 1968 as junior tellers. Hiding their love affair from their colleagues for nearly 18 months, they married in August, 1969. The pair often reminisce about some of their fondest memories shared at Chadstone: “We remember closing the doors to the bank to watch Neil Armstrong’s landing on the moon, sneaking out to enjoy lunch breaks together on the lawn near the local radio station and watching the fresh donuts being made in the shop window,” said Kaye and Graeme.

50 years on the couple, whose family has grown, are still visiting Chadstone today with their five grandchildren and forging new memories with the next generation. The Murrumbeena couple has been engaged as Chadstone 60 Year Ambassadors to encourage community submissions like their own, for Chadstone’s ‘Step Back in Time’ initiative and historical exhibition which will come to life in September.
Chadstone Centre Manager Michael Whitehead said “We hope to ignite a sense of nostalgia, excitement and optimism through our calendar packed full of celebrations, and we invite visitors from near and far to join us in acknowledging all that we’ve accomplished together, and how far we’ve come as a society over the past six decades.”
“This milestone is about celebrating everyone who has made Chadstone the place it is today. The success of The Fashion Capital is a testament to the hard work, constant love, dedicated patronage of our local community, and relentless efforts that go into the operation of the centre every day,” said Michael Whitehead.

Paying homage to Chadstone’s history and to its current owner, entrepreneur and philanthropist, John Gandel, the celebration further cements Chadstone as an integrated entertainment and lifestyle destination.
CHADSTONE – THE FASHION CAPITAL KEY MILESTONES

• 1984 The original mall was enclosed, Target added to the retail mix

• 1991 The first office spaces were opened at Chadstone

• 1999 David Jones opened along with another 40 specialty retailers

• 2019 Hotel Chadstone opened its doors to guests in conjunction to The Link – the connective pathway between Vicinity Tower One, Hotel Chadstone and The Fashion Capital

Adelaide Named as the World’s third most Liveable City.