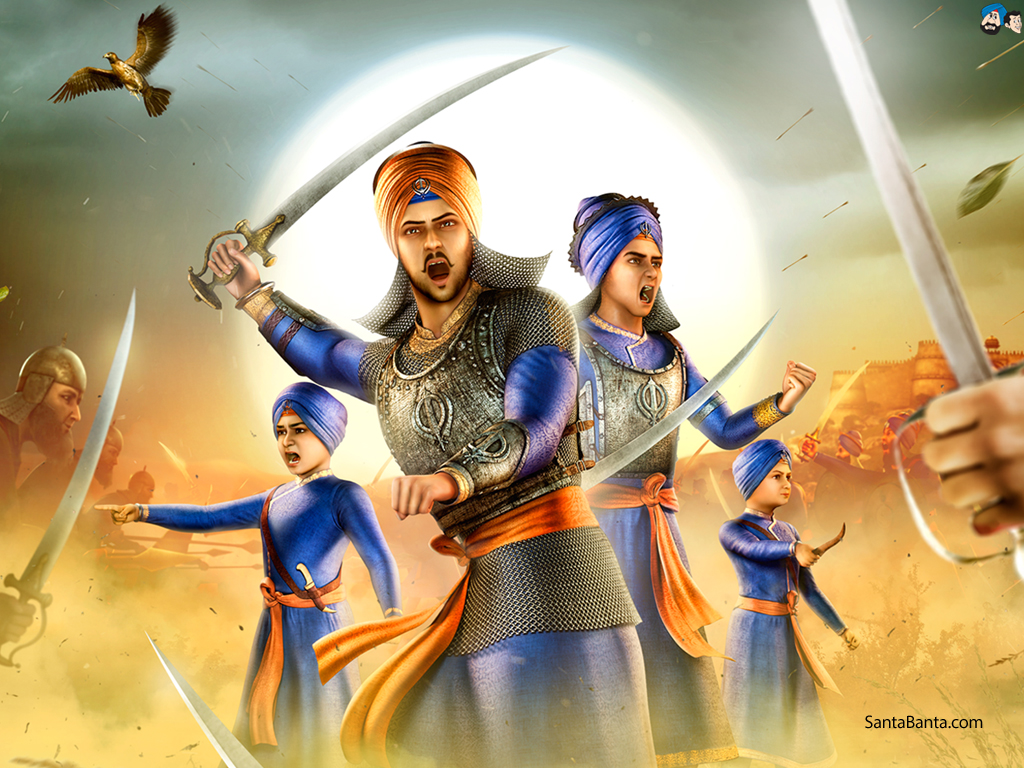 Watched "Char SahibZaade" 5 out of 5 . This Movie not only takes you back in history, Movie will make you think, realise and pinch deep in your heart somewhere .For sure will left audience with tears, silence and deep thought. "Whatever we are enjoying today, it happened because of these sacrifices”

After watching this movie, I really feel proud to be given “Singh” as last name. As most of my childhood memories belong to Fatehgarh Sahib (Sirhind, Punjab) and did attend Shaheedi Jor Mela (festival-please do wiki) around 23 Dec -31 Dec every year. I would love to say everyone should watch this historical event.

If you don’t know much about the Sikh culture and history, you must watch Chaar Sahibzaade for it embodies the courage and sacrifices made by the pioneers. It salutes the valour of the Sikh warriors, their noble principles and immense contribution towards the establishment of the religion.

Harry Baweja wants to give his sons the culture and religious history as a gift. That’s why he has made Char SahibZaade, which is Bollywood’s first performance capture realistic film.

Speaking about his emotional connect with the film, Harry Baweja says, "I have made this film not only  for my sons but also for the each and every kid in the world, who is forgetting religion, forgetting culture! Our religion and culture are two things that should make us proud. But it’s not their fault, the people who spread the word about religion are not able to state the history properly to the new generation so they lack about the knowledge. It really feels bad to know that about 80% of people from Punjab don’t know about their culture. I feel some things are not meant to be forgotten after you are done reading it but to be remembered, it needs to be ingrained in a way that it is maintained in our personality.

Screenplay and dialogues build chemistry with audience beautifully .It connects and binds audience more than animation effects .As an audience I did feel the life in animated characters of the movie. They make you feel excited and emotional. Some of the scenes in the movie make you cry, especially in the end when Sahibzaada Zorawar Singh Ji and Sahibzaada Fateh Singh Ji last time hug their Grand Mother Mata Gujri ji.Trust me it is emotional.

Great to have filmmakers who did work on one of the biggest sacrifice in human race and take a risk of time and money on this valuable lesson in history.

My genuine thanks to the makers of Chaar Sahibzaade for making such a beautiful movie.

Go for it Audience with your kiddies this weekend .Have a Good 1 Everyone.