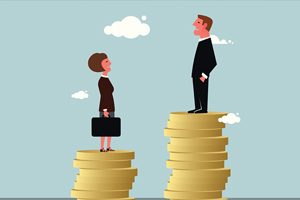 Are there any excuses explaining why there is a gender pay gap – Isn’t time that society recognises and rewards female talent?  Read about the latest issue relating to Ms Lisa Wilkinson and what she had to say about the issues she recently faced with Channel Nine.

Wishing you a season’s greetings!

Does the Government or your Employer have legal grounds to make COVID-19 vaccination mandatory? After

ARE YOU BEING PAID APPROPRIATELY?

The recent incident relating to Ms Lisa Wilkinson’s shock exit from Channel Nine relating to a Gender Pay Dispute has once again brought forth an issue that is always swept under the carpet—millions of Australian women fighting hard to bring the salary gap to a minimum.

The recent episode that took place at Channel Nine when Ms Wilkinson rejected the broadcaster’s pay offer, as it was reportedly $200,000 AUD lower than what was offered to her co-host, Mr Karl Stefanovic.

ARE YOU UNDERPAID COMPARED TO YOUR MALE COLLEAGUES?

WHAT IS A GENDER PAY GAP?

HOW IS THIS GENDER PAY GAP CAUSED?

This is influenced by numerous factors, which includes the following;

Of course, if you become aware of the fact that you have been underpaid compared to your male colleagues for a similar role or position in a company/organisation, you are entitled to raise the issue and seek an explanation as to why such a disparity in pay exists. You are eligible for a response in writing.However, the trick would always rest with you to confirm and establish that you are aware of your male colleague’s salary and how you became aware of the fact.

Why should women be disadvantaged at any stage, considering that they are constantly working hard to please everyone in their lives, and it is time the question be raised;

“WHY WOMEN STILL CAN’T HAVE IT ALL?”

It’s not a Disgrace, It’s Dementia.

Tourist Visa on Arrival in India for 43 countries including Australia