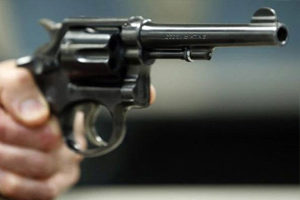 PANCHKULA: In a gruesome incident, a man allegedly shot dead his two nephews and a niece in Haryana at behest of their father.

The minors were shot dead at point-blank range and their bodies were dumped in Morni forest area on Sunday.

The Haryana Police, meanwhile, have arrested the deceased’s uncle Jagdeep Malik and his cousin and kid’s father Sonu Malik.

Though, police is tightlipped about the motive, it has been alleged that Sonu got his kids killed as he was having an extramarital affair.

Jagdeep lured the kids into his car by promising to take them to Gita Jayanti Mahotsav in Kurukshetra, but instead drove to Morni forest area.

He stopped his car at a deserted area and asked Sameer to come out and accompany him into the jungle where he shot him dead.

After killing the 11-year-old, he asked Simran to accompany him and few minutes later shot her at point-blank range.

Jagdeep then drove a bit further and shot Samar dead in the same jungle.

Both of them have confessed to the crime.