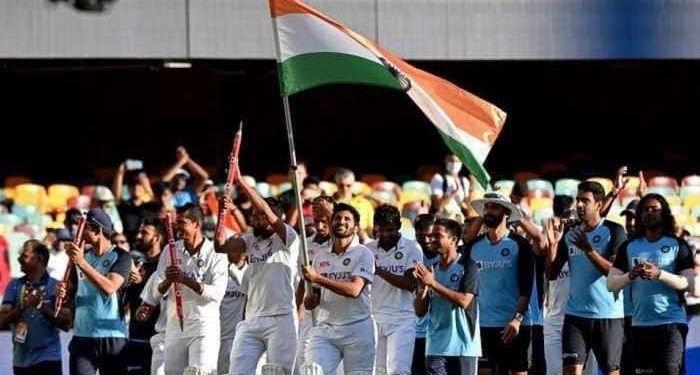 Australia vs India Test Border-Gavaskar series that took place in winter 20/21 has been announced as the Ultimate Test Series by the International Cricket Council (ICC). ICC pulled 16 all-time best Test series’. More than 7 million people voted to make the this series as the ultimate ever.

“Ahead of the #WTC21 final, we set out to determine #TheUltimateTestSeries. After 15 head-to-heads and over seven million votes across our social channels, we have a winner… The 2020/21 Border-Gavaskar Trophy takes the crown,” as tweeted by ICC

The 2020-21 Border-Gavaskar Trophy had a tough fight against the 1999 series between India and Pakistan.

The 2005 Ashes played by England and Australia almost made it, but lost to the 1999 series between India and Pakistan.

15 out of the 16 selected series kept getting knocked out one by one, just like a tournament. Take a peek at the chart tweeted by ICC to know series’ were part of this Ultimate Test Series.

in India for everyone above 18 years of age from 21st June.

in India for everyone above 18 years of age from 21st June.

Music Maestro AR Rahman has a special message for you! Experience the magic of music and love with 99 Songs.