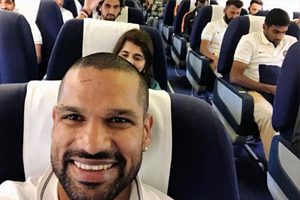 New Delhi: The Indian cricketers will now fly in business class after the Board of Control for Cricket in India (BCCI) approved the proposal to upgrade their domestic air travel.

Reportedly, the players have been facing problems while flying within the country, with some complaining about selfie requests from fellow passengers and less leg space (in economy class).

The proposal has been approved in a recently-held meeting of the Supreme Court-appointed Committee of Administrators (CoA) in Delhi, BCCI acting president CK Khanna, who had proposed this upgrade, told ANI over the phone.

Earlier, the facility was only provided to the captain and the coach.

After beating New Zealand in the ODI and the T20I series, India are now scheduled to take on Sri Lanka for a three-match Test series, beginning November 16.