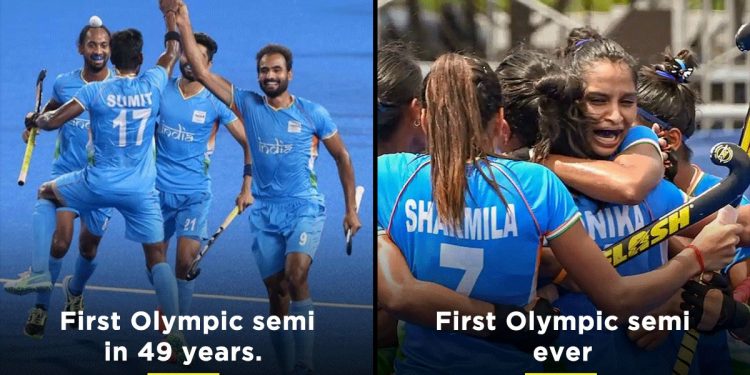 The Indian women’s hockey team defeated Australia in the quarter-final of the Tokyo 2020 Olympics.A formidable goal by Gurjit Kaur laid the foundation of India’s victory.Team India managed to get past the group stage after Great Britain defeated Ireland.India had won their last pool game against South Africa after suffering three consecutive defeats.Here are further details.

Indian women’s team has reached the semi-finals at Olympics for the first time in history. Their best result came in the Moscow 1980 Olympics, when they finished fourth among six times. The Indian women’s side will now be vying for a first medal at Olympics. 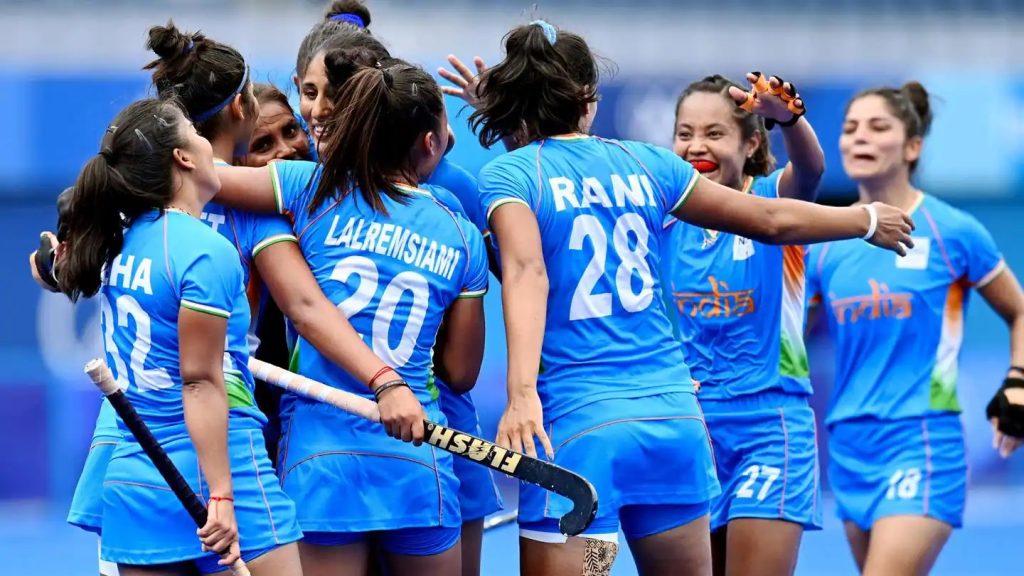 This has been India’s best run in women’s hockey at an Olympics since the 1980 edition.They finished the group stage at fourth place with six points.The Rani Rampal-led side had earlier suffered three back-to-back defeats to Netherlands, Germany, and Great Britain.Thereafter, India overcame Ireland and South Africa.They stormed into the quarter-finals after Great Britain defeated Ireland 2-0.

The 1980 Moscow Olympics saw the inaugural women’s hockey tournament.This was India women’s only campaign in hockey till the Indian side qualified for the Rio 2016 Olympics.However, India were eliminated in the group stage, where they finished sixth.And now, the Indian women’s side has knocked out world number two Australia to secure a place in the semi-finals. 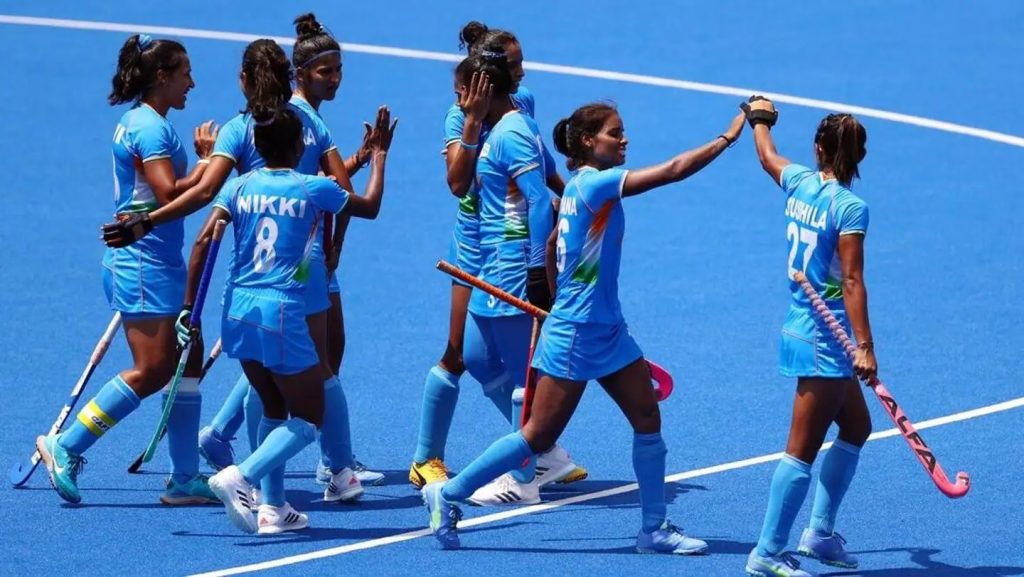 The Indian men’s hockey team claimed a comprehensive victory over Great Britain in the quarter-finals of Tokyo 2020 Olympics. India booked a place in the knock-outs after finishing at the second spot in Pool A. The Indian hockey team last won a medal at Olympics in 1980. Germany, Belgium, Australia, and India are the four semi-finalists. 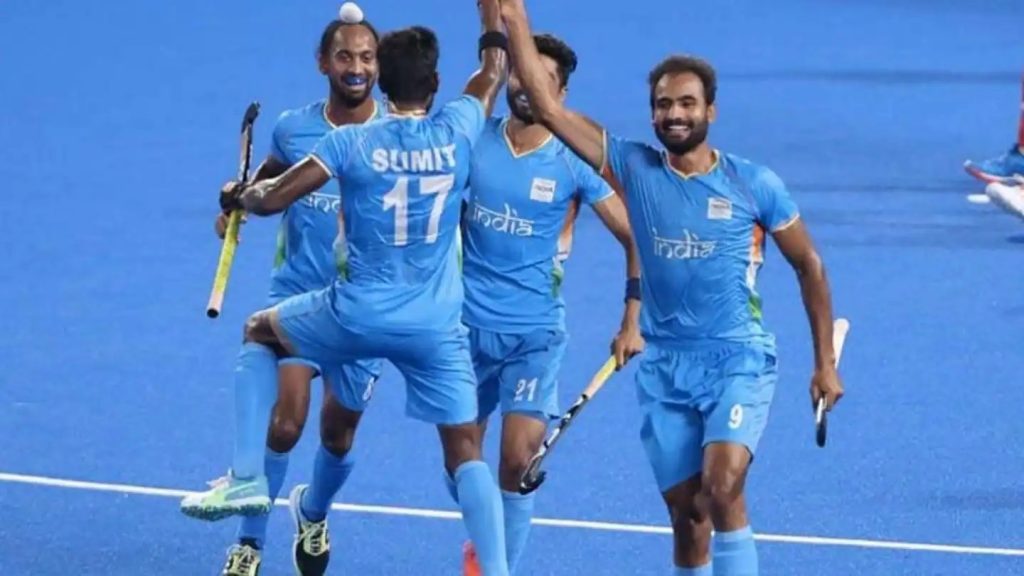 India gained an early lead in the match, with Dilpreet Singh striking in the first quarter.The Indians doubled their lead in the next quarter as Gurjant Singh made the most of the long pass.Great Britain pulled one back in the final few seconds of the third quarter.However, Hardik Singh’s brilliant goal in the final quarter denied Britain any further comeback.

India have put up their best show in hockey at an Olympics since the 1980 edition.They won four of their five league encounters, having lost only to Australia (1-7). India finished second in the group stage with 12 points (won 4 and lost 1). They had stormed into the quarter-finals with a 3-1 victory over defending champions Argentina.

Great Britain had booked their last-eight berth with a 2-2 draw against Belgium in their last Pool B match.They had finished at number three with eight points, behind Belgium (13) and Germany (9). Earlier in the day, Germany, Australia, and Belgium advanced to the semi-finals after beating Argentina, Netherlands, and Spain respectively.The two semi-finals will be played on August 3. 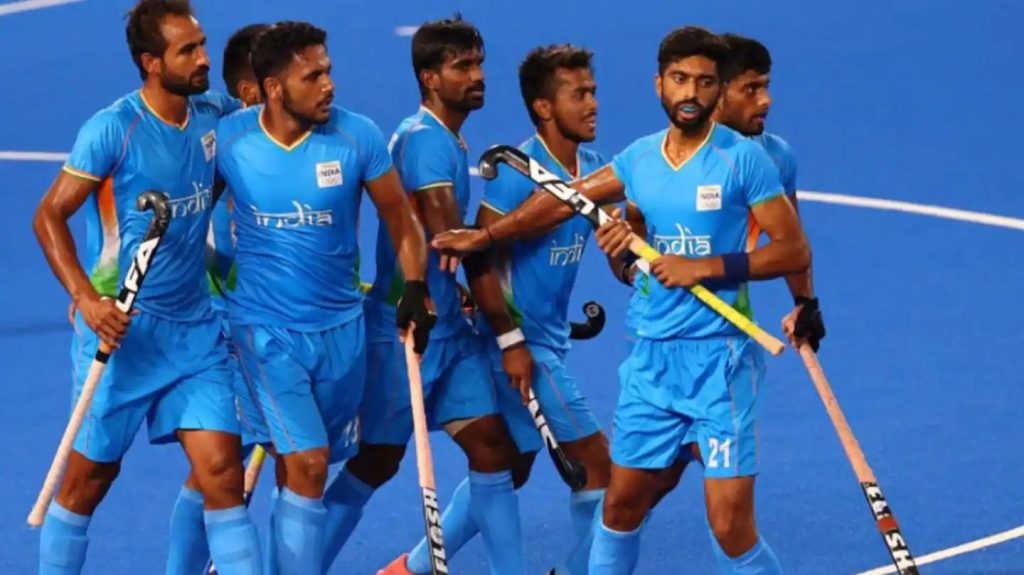 This will be India’s first appearance in the semi-finals of Olympic Games in 49 years. Although India had won gold in the Moscow 1980 Olympics, no semi-finals were conducted in that edition due to absence of several teams who had boycotted the Games.The top-two teams from the round-robin stage had competed in the final (India vs Spain).

87 Days to your DREAM HEALTH & BODY

National Agreement On Closing The Gap

David Cameron bows out with jokes, May to take over as British PM