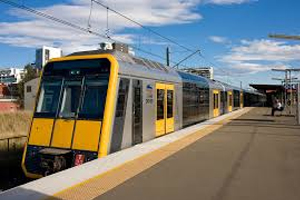 Police recovered a trumpet and a flugelhorn and charged a man following a search where numerous stolen items were allegedly seized.

About 8.35pm (Friday 1 May 2015), a Nissan Tiida was parked on Gubbeteh Avenue, Little Bay. In the morning the owner returned and found the car and her wallet had been stolen.

About 8.45am (Sunday 3 May 2015), a white Subaru Liberty was parked on Stanton Street, Mosman. The owner returned to the car and found that his trumpet and flugelhorn had been stolen.

The incident was reported to police and Harbourside Local Area Command investigated.

About 10.25am (Sunday 3 May 2015), a stolen Nissan Tiida was driven into a service station on Anzac Parade, Kensington, and a stolen credit card was used to purchase a number of items.

About 10am (Tuesday 5 May 2015), an owner went to her storage unit on Stanton Road, Mosman, and found it had been broken into and a bag was stolen.

She reported the incident to police.

About 12.30pm (Wednesday 6 May 2015), officers were patrolling Merlin Street, Neutral Bay, they stopped and spoke to a man.

Police searched the man and will allege they located mail from various home addresses and a set of keys.

He was arrested and taken to North Sydney Police Station.

Officers searched the area and allegedly located a stolen Nissan Tiida, 20m away on Merlin Street. The car was searched and officers will allege that they located a large amount of property, including a stolen flugelhorn and a trumpet.

Inquiries are continuing and investigators are expecting to lay further charges.

Police are urging anyone with information in relation to this incident to call Crime Stoppers on 1800 333 000 or use the Crime Stoppers online reporting page: https://nsw.crimestoppers.com.au/ Information you provide will be treated in the strictest of confidence. We remind people they should not report crime information via our Facebook and Twitter pages.