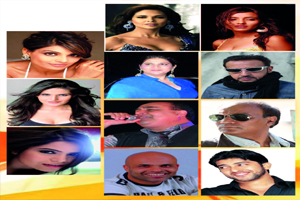 Brief Info : International Film and Entertainment Festival Australia (IFEFA) is an independent initiative to celebrate world cinema in the southern hemisphere. It provides an opportunity to showcase movies from around the world that are high on art and content and may or may not be shown in cinemas. IFEFA also attempts to celebrate the cinematic art and awards the most original and creative films and artists in the entertainment industry. IFEFA attempts to create synergies with its exceptional program to infuse and inspire new talent. In doing so, we aim to nurture, encourage, inspire and intrigue the cinematic experience of the diverse communities of Australia. In this first year of inception, IFEFA has dedicated itself to 100 years of cinema in India. With a team of highly motivated professionals as board members who are related to cinema, drama, PR & media management and performing & visual arts in Australia, IFEFA is positioned to be a leading film festival and looks forward to make its mark in the southern hemisphere. Aims & Objectives of IFEFA •To use the medium of cinematic art and entertainment to celebrate multiculturalism and encourage a more cohesive international community that respects diversity. •To organize workshops, encourage local talent, produce high value movies and documentaries and engage with the world’s finest film and art fraternity. •To create and nurture communities for film and art appreciation, engage with the content creators, support art and entertainment business interests, forge strategic alliances, create professional and commercial opportunities. •To provide opportunities and forum for accomplished filmmakers, both new and established, to demonstrate their art to the world community. IFEFA is a fervent attempt to focus on international cinema and provides a platform to showcase the diverse and independent world cinema. IFEFA aims at creating awareness and competitive excellence in world cinema and to introduce it to the best of Australian audiences. Instituted IFEFA Film Awards; selected by an independent international jury and will be awarded to the winners from the submitted films in short, feature and documentary categories. The 10-day event, IFEFA film festival in November 2014 would entail an exhibition on 100 years of Indian Cinema, seminars and workshops conducted by leading Hollywood and Bollywood directors/actors, ‘Beauty Pageant’ and ‘Dance Competition’ that will be judged by the doyens of the industry during this 10 day festival. IFEFA is an innovative forum for the world of cinema that looks beyond the regular production values and is interested to explore and discover talent within and add value. IFEFA would be the launching board and incubator for many talented filmmakers in the years to come.