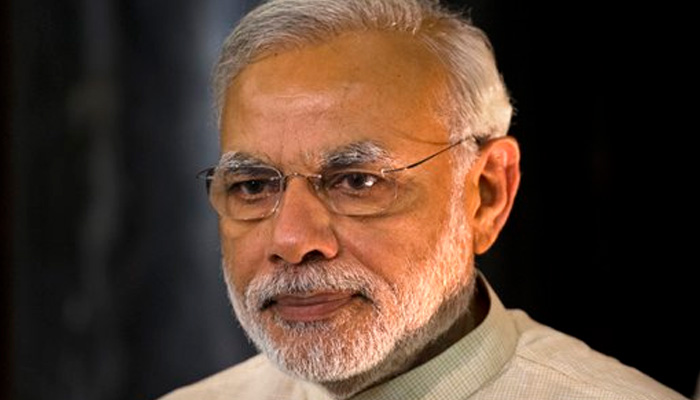 New Delhi: Asserting that Narendra Modi’s “charisma” transcends the boundaries of caste and language, renowned historian Ramachandra Guha on Wednesday said that the 66-year-old Bharatiya Janata Party leader is set to become the “third most successful” Prime Minister of India.

Speaking at the ongoing London School of Economics (LSE) India Summit 2017 in New Delhi, the 58-year-old historian said PM Modi’s “authority” and “Pan-Indian vision” put him on the same pedestal as that of Jawaharlal Nehru and his daughter Indira Gandhi.

“We live in a time when Narendra Modi is poised to become, and perhaps already is, the third most successful Prime Minister in Indian history. He is the only one you would place on par with (Jawaharlal) Nehru and Indira (Gandhi) in terms of authority that he exudes and the Pan-Indian vision he commands,” Guha said.

“Since (Jawaharlal) Nehru and Indira (Gandhi) there has been no Indian Prime Minister who has had that authority, that sense of command, that charisma, that cross-caste, cross-linguistic, cross-regional appeal in India,” he said on the first day of the three-day summit which began yesterday and is organised to commemorate 70 years of India’s independence.

Commenting on Indian political history, Guha noted that caste system and discrimination against women were two of its “indisputable facts”.

“Caste system is the most rigorous, most diabolical system of social stratification ever invented by humans and we Hindus invented it,” he said.

“The second indisputable fact is that Islam and Hinduism in their scripture and their social practice grievously discriminate against women.”

Guha, who was Philippe Roman Professor of History and International Affairs at LSE IDEAS in 2011-12, also spoke on LSE’s long and rich historical relationship with India. He said the prestigious institution has had more “substantive” and “enduring” impact on the intellectual, social and political history of the 20th century than Oxford and Cambridge. “If you look at Sociology, Philosophy, Anthropology and Public Policy, LSE has had a definitive and formative impact. It has had a great influence on the world and a major influence on India,” he said.

Recounting some of its illustrious alumni such as BR Ambedkar, Krishna Menon, Tarlok Singh among others, Guha said the premier institution possessed an international and democratic spirit which went hand in hand.

Picking Singh as one of his favourites, he said the noted Civil Servant set the foundation of India’s Green Revolution and saved the country from becoming a client state of America.

“At the level of civil society, deepening of democracy and egalitarian ethos as well as working for women and peasants, there is an invisible impact of LSE on India,” he observed.

Michael Cox, the professor Emeritus of International Relations and Co-Director of LSE IDEAS, in his speech said the London-based institution has had more influence abroad than at home.

“Oxford did to Britain, what LSE did to the world,” Cox said.

Do you want to live a healthy, long and active life beyond 65 years of age, with choice and control in life?

The Origin of JUGNI

Deepavali 2016 – Sydney organized by Hindu Council of Australia attracted over 30,000 people through out the day.