India's brilliant head-to-head record (5-0) against Pakistan in the T20 World Cup has also been talked about in the advertisement. 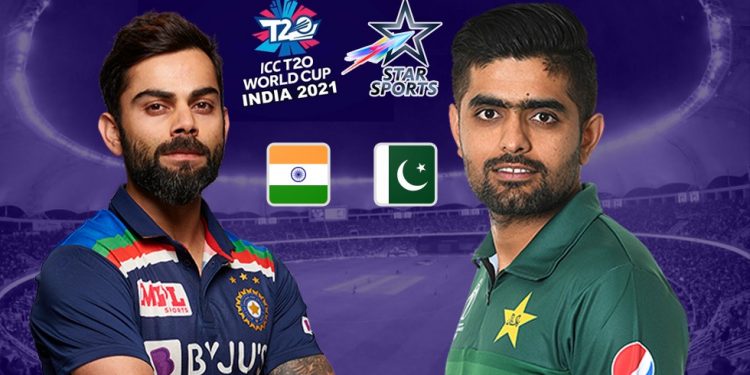 With the IPL 2021 fever almost coming towards an end, the focus is slowly and steadily shifting towards the upcoming T20 World Cup, which will be Virat Kohli’s final one in this format as the captain. Fans would be hoping that the 32-year-old could lift the prestigious trophy which could be India’s first ICC trophy in 8 years. There is already so much excitement around the mega event but there is one marquee clash that everyone is keenly waiting for.

The Men in Blue will open their campaign on October 24 in Dubai and that too, against their fierce rivals Pakistan. The two teams are set to lock horns for the first time since their meeting in the 2019 World Cup in England. With so much buzz already the mega clash, the broadcasters have now released the latest version of the famous ‘Mauka Mauka’ ad which has become quite a trend ahead of Indo-Pak matches in mega ICC events.

The advertisement was launched on Wednesday and it has taken no time to go viral on social media. The video hilariously depicts an excited Pakistan fan going to buy a television with crackers in his hand. However, his excitement remains quite short-lived as the Indian fan (who is selling TV) gives him 2 TVs in a ‘Buy 1 Break 1 Free Offer’, reflecting on the fact that he will have to break one when India defeats Pakistan on October 24.

India have never lost to Pakistan in T20 World Cup

India’s brilliant head-to-head record against Pakistan in the T20 World Cup has also been talked about in the ad. It has been mentioned that the Men in Blue have won all the 5 meetings between the two sides in the competition. Here is a summary of all the results:

Are you 65 years or over and an Australian Citizen?