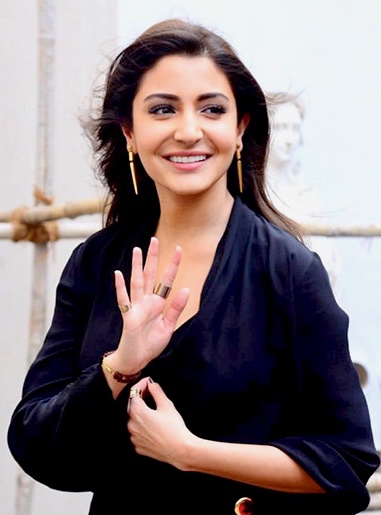 An eye for an eye makes the world blind ..so said a kind gentleman who knew a thing or two about non violence and the art of law. NH 10 is that kind of hells highway you wouldn’t want to drive in any season or for any reason.The credit lines of this raw visceral movie starts with the backdrop of the murky Gurgaon skyline interspersed with the kind of intimate conversation one has with a loved one . The two key protoganist who go with the nomenclature of Meera and Arjun are the kind of individuals one would warm up to quite instantly .. Meera read -ambitious , knows her numbers well can pack a punch in her presentations and doesn’t take no for an answer while Arjun is a charmer who does take some time in apologising, is affable and impulsive with an ego to boot which leads to a situation in this flick where there is no going back .This slick thriller takes up the issue of honour killings and binds a taut crisply edited story around it. There is violence and loads of it in this brave venture and all kinds of blunt instruments are used to good effect. Jaisi karni waisi bharni takes a totally different meaning in this dark and gory nightmare. The grasslands of gurgaon look like badlands and the houses there though large have a very ghost like existence and you identify with the lead characters from the word ” action “. Anushka Sharma brings gravitas , intensity and just that kind of ballsy attitude which can make one fidget with a pen nervously (watch out for that scene between her and a cop travelling in the middle of a night and that pen) . She is brave , courageous showcasing her survival instincts to the “T” in her role which is the most promising and one can’t help holding her, hugging her during her moments of despair and sheer helplessness. Deepti Naval has a small role and it’s quite dissimilar to her chamko act in one of her retro movies .. Yeah she plays a Sarpanch who is hard of hearing and it shows. The supporting cast of actors do a good job as you start hating their very existence as the movie progresses.

This movie is a thriller to the core and let’s just say .. It’s shot really well in locations one can sense and smell and it doesn’t leave a good after taste as,it reflects the world around us and you don’t really know who is stuck in a limbo .. The cities or the villages .. More power to Anushka Sharma to co produce a movie of this nature .. It requires more than just financial muscle to make something of this nature …Yeah like I said an eye for an eye makes the world blind ..it’s worth a Dekkho and much more than that
Shekhar vijayan