Carriageworks will present the first major exhibition in Australia of work by acclaimed Italian contemporary artist Francesco Clemente, as second in the annual Schwartz Carriageworks series of major international visual arts projects. Presented free to the publi from 30 July until 9 October 2016. 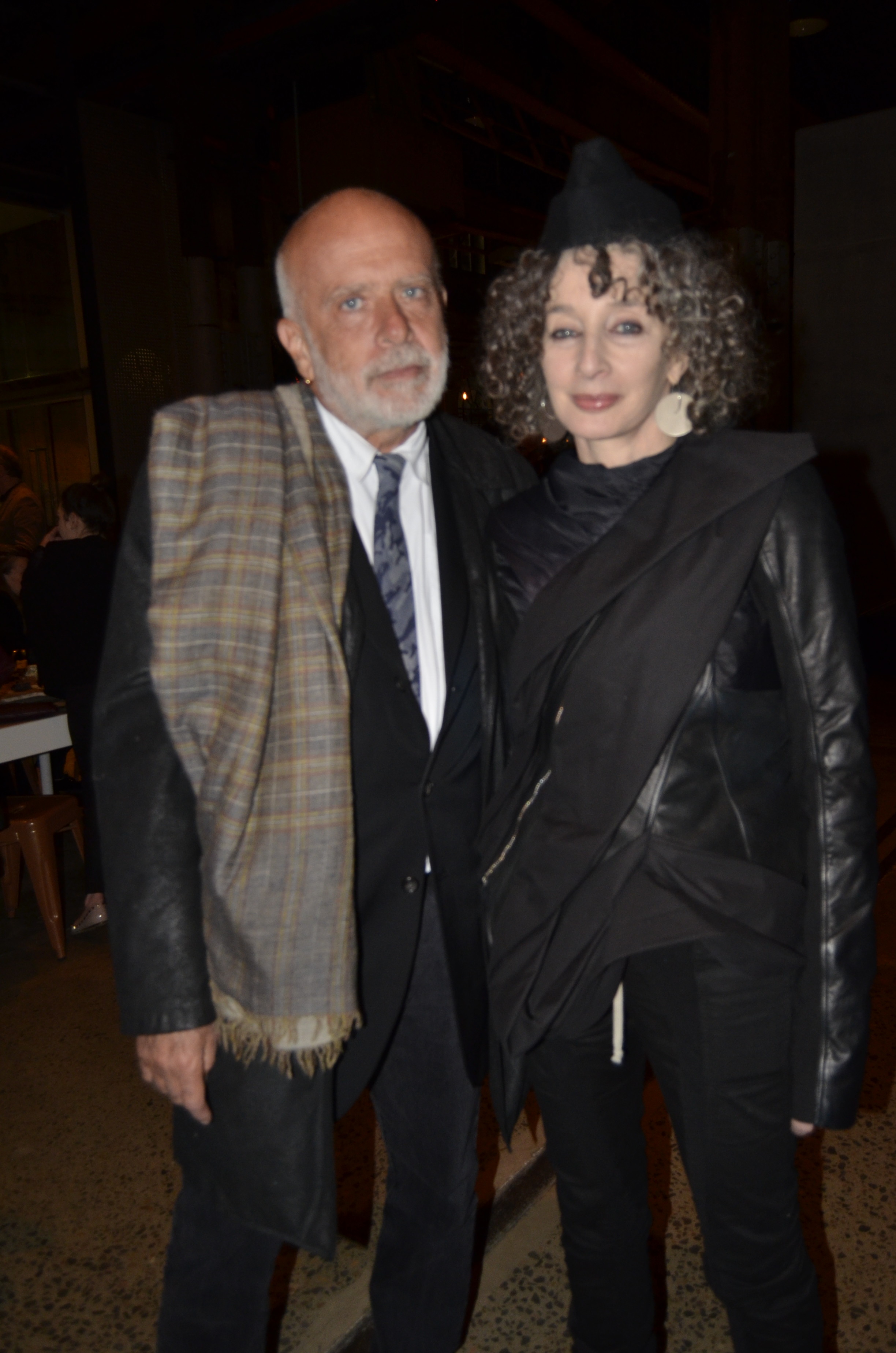 Francesco Clemente: Encampment will include six of Clemente’s celebrated large scale tents, transforming 30,000 square feet of exhibition space within the Redfern based multi arts precinct into an opulent tented village. 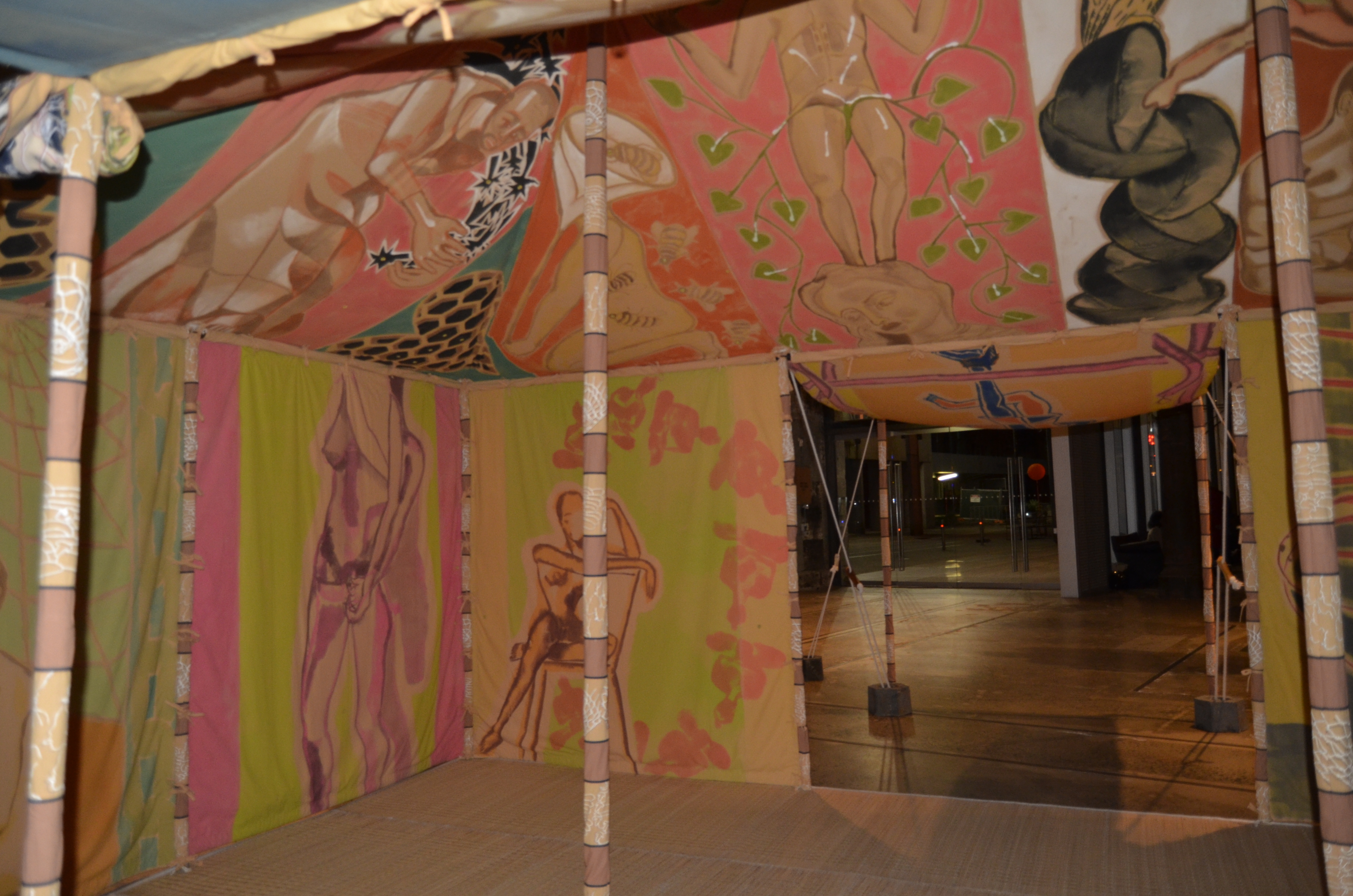 Carriageworks Director Lisa Havilah said: “We are excited to be working with MASS MoCA to bring the work of one of the most important contemporary artists of our time to Australian audiences for the first time and free of charge to Carriageworks visitors.

Francesco Clemente: Encampment will capture the imagination and attention of
audiences over its two month presentation as it takes over the entire Carriageworks public space. 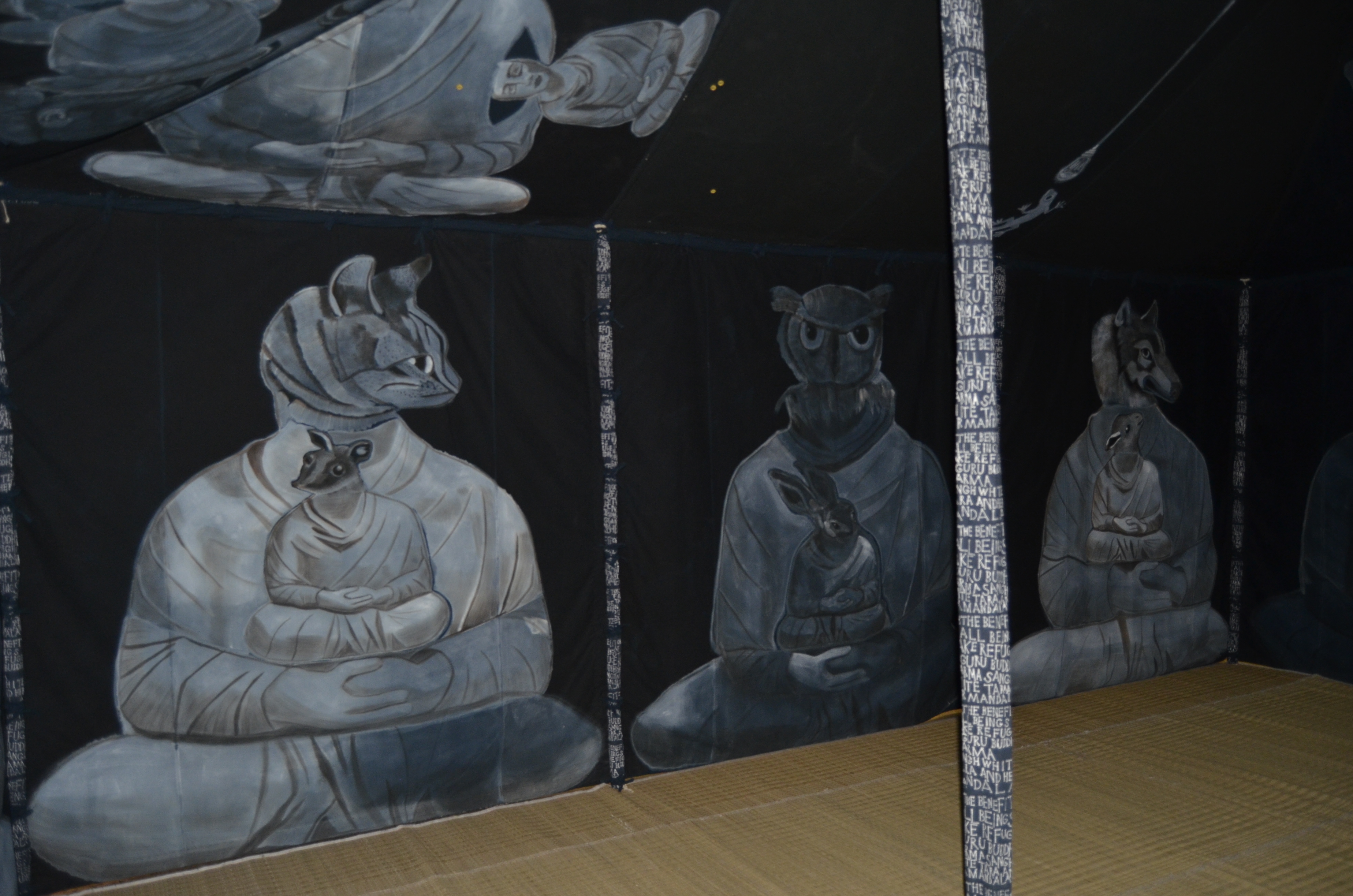 For this exhibition, Clemente has collaborated with a community of artisans in Rajasthan, India, over three years from 2012 -2014 to create a series of tents featuring intricate patterns, emblematic imagery and vividly painted human figures, both real and allegorical.The project features jewel toned spaces populated by Byzantine angels, entwined figures, and brilliantly hued self portraits. Depictions of physical love, bodily pleasure, spiritual reincarnation and arcane symbols abound in these temporary dwelling,which function more like social spaces or places for introspection within an institutional context. While the interiors are hand painted in tempera by Clemente, the camouflage fabric of the exteriors is hand wood blocked and embroidered with golden thread by Indian artisans. The exhibition sprawls over some 30,000 square feet of exhibition space within Carriageworks, with individual tents measuring up to 18 feet wide and 10 feet high. Viewers will be invited to walk around, amongst and inside the tents to explore the works from different perspectives. 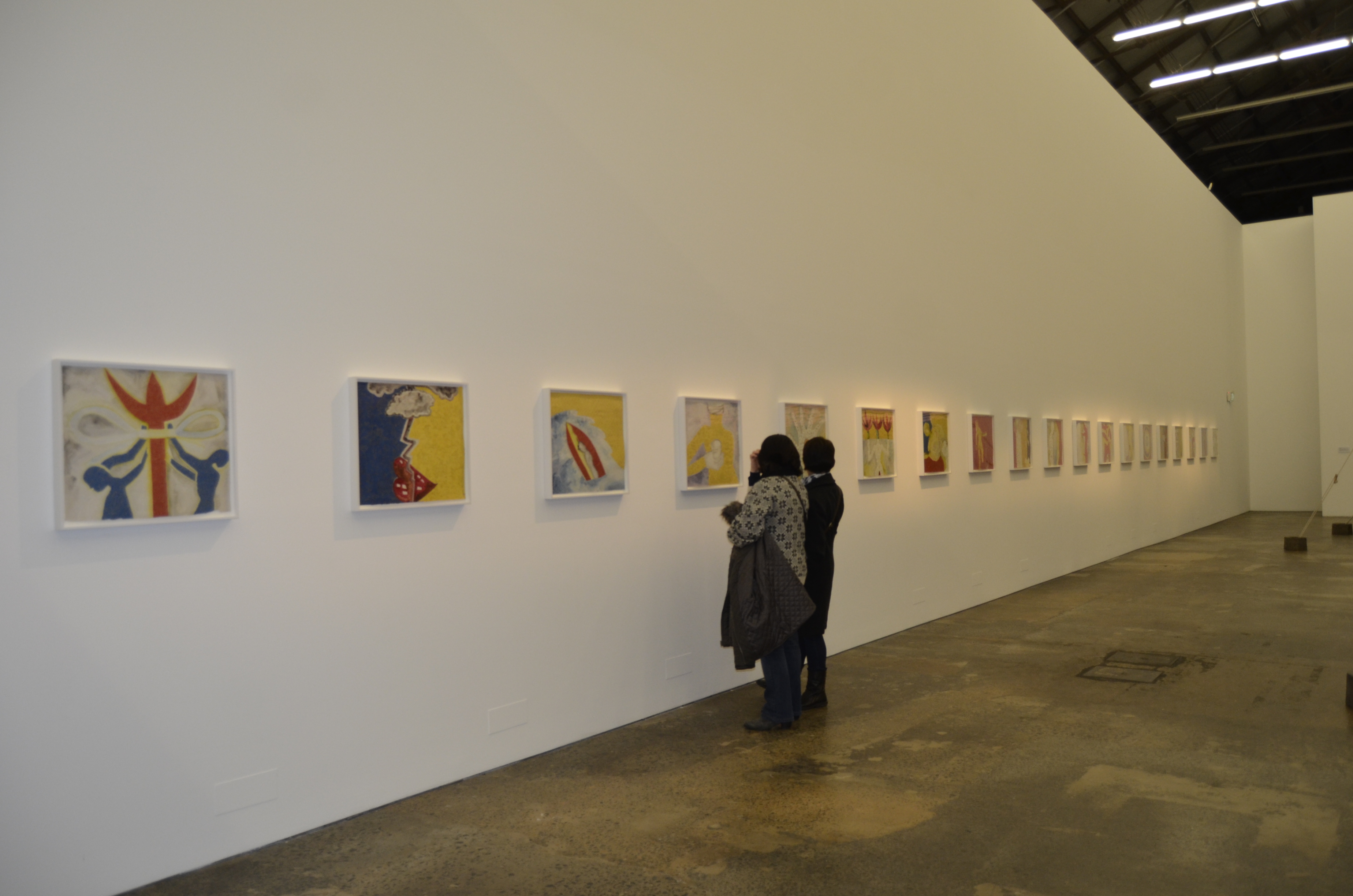 Bresic Whitney Director Shannan Whitney said: “This is a great opportunity for Sydney residents to be immersed in some truly unique art. I hope visitors reconsider the importance of the dwelling, community and decoration in everyday life while exploring Clemente’s Encampment.” 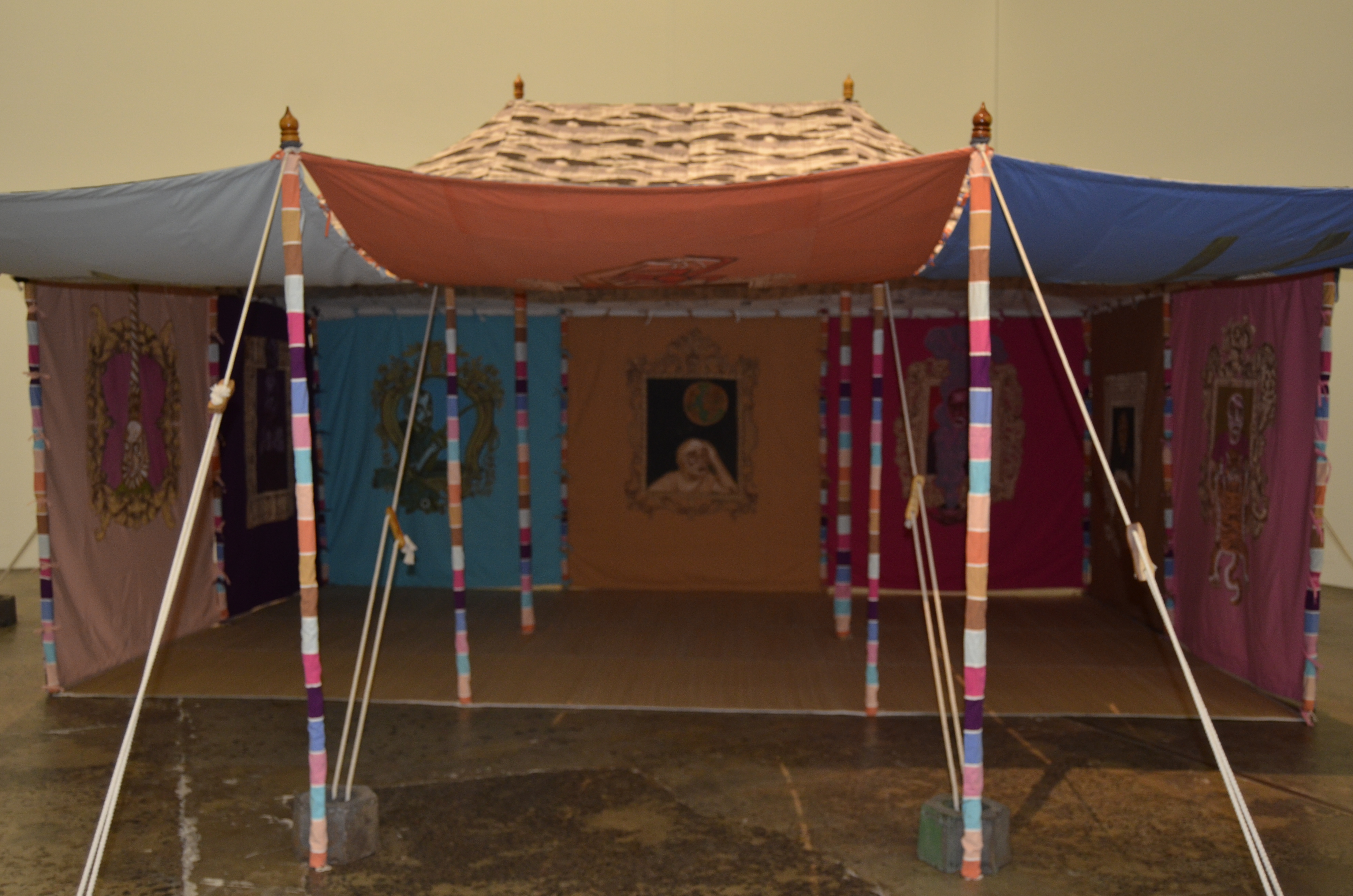 Exhibited alongside the artist’s tents are four altar like vertical sculptures titled Earth, Moon, Sun and Hunger which marry references to contemporary life with archaic forms. The exhibition also features a suite of 19 erotically charged paintings from a series entitled No Mud, No Lotus(2013–2014), which draws on traditions of Mughal miniature painting. Juxtaposing luminous washes of water colour with finely detailed ink brushwork, the No Mud, No Lotus paintings layer silhouetted bodies with serpentine forms, organic shapes and passages of flatpattern, often confusing traditional distinctions between figure and ground. As with the tents, these intimate works blend Indian and Western European influences to create a hybrid visual language in part, figurative, in part, abstract with which Clemente relates intimate tales of sensual and spiritual encounter. 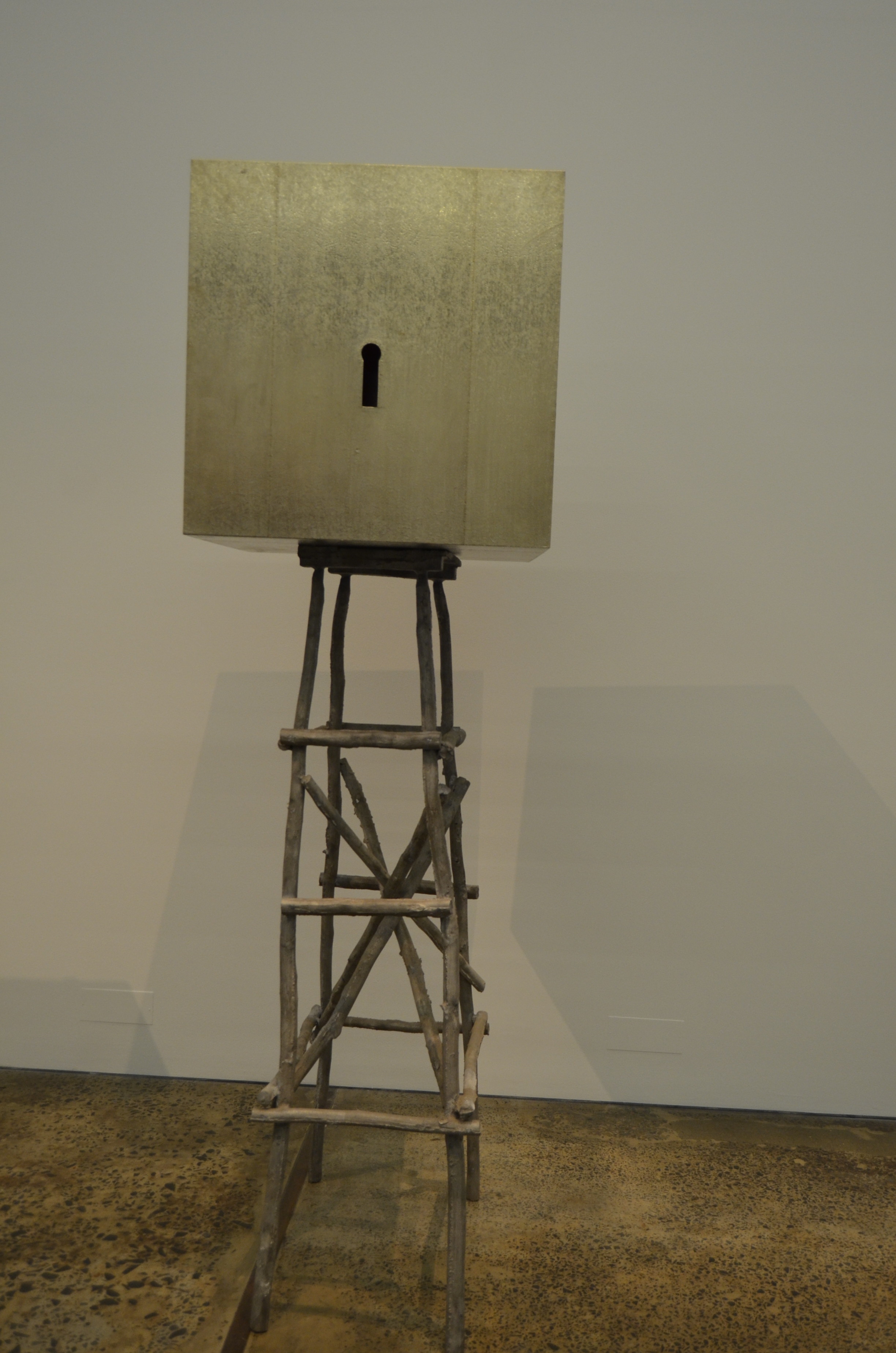 In India, the artist explains, “I found a place that was utterly contemporary and with the same vitality and drive that I knew of in the West, but in completely alternative terms”.

Contemporary Italian artist Francesco Clemente came to prominence in the mid1970s and is widely recognised as one of the most remarkable and evocative artists working today,with work from his four decade long career being collected by major museums and private collections around the world.

For the past three decades, Clemente has divided his time between Varanasi, India, and New York, USA, a transitory experience of changing geographies and diverse cultures that has consistently informed his work. This nomadic sensibility lies at the heart of Francesco

Clemente: Encampment reflecting the vibrancy of his surroundings and synthesising wildly different influences.Clemente explains: “Every single moment of the unfolding experience of the work is just a pretext to move on, to move forward from that moment. It’s never supposed to be a beginning of an ending; it’s supposed to be a transition.” 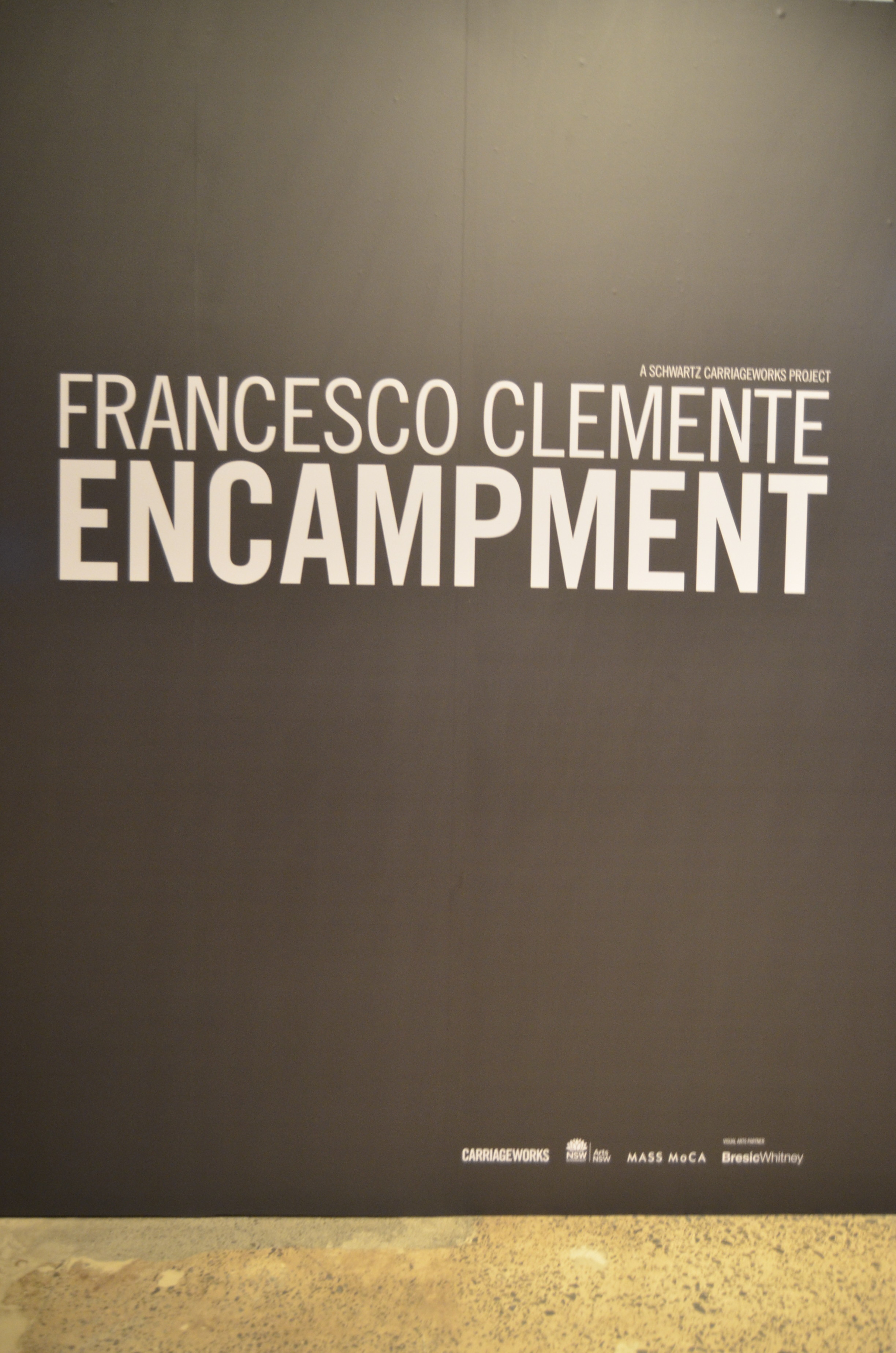