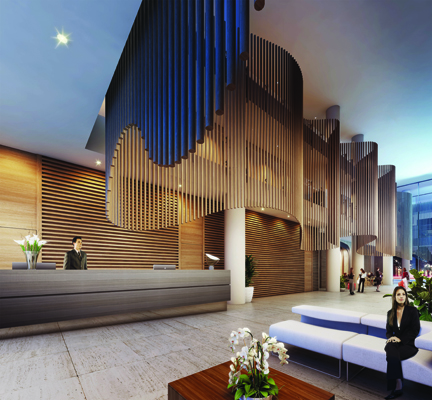 (Sydney, Australia) Tuesday October 24 2016 – Apartments at a landmark 29-storey tower are selling fast, as Parramatta becomes one of the most sought after property hot spots in Australia.

One of the fastest growing areas of Australia, Parramatta is home to a number of key infrastructure and construction projects shaping the future of Greater Sydney.

The government also proposed a fast train link could reduce the travel time between Parramatta and the Sydney CBD to 15minutes. From Parramatta to the future airport at Badgerys Creek will be 25minutes. 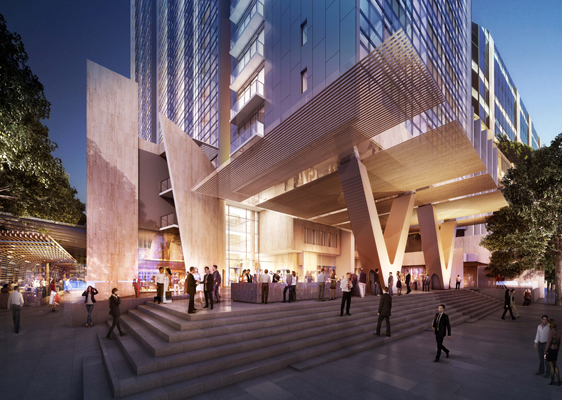 Crown Group CEO Iwan Sunito said “Parramatta is a powerhouse for innovation and business, attracting some of the best and brightest talent from across Australia and the world. With the phenomenal growth of Western Sydney the potential for the city is enormous”.

“Parramatta has seen dramatic change since we began construction of V by Crown Group four years ago, and this project addresses the growing demand for high-quality apartments with resort-style facilities in Sydney’s second CBD,” he added.

Crown Group Director of Sales and Marketing Roy Marcellus said “Dozens of high-profile companies are shifting their workforces here to Parramatta and bringing executive-level jobs traditionally located in the CBD to Parramatta”.

“These executives work hard and want their home to match their lifestyle; they don’t want to settle for average apartments,” Mr Marcellus added.

“Parramatta had been missing the more glamorous high-end level of apartments available at V by Crown Group”.

Former Lord Mayor of Parramatta Cr Paul Garrard said: “There is a significant amount of development taking place in Parramatta with $12 billion worth of projects in the pipeline. It’s very exciting to see large projects such as this nearing completion and offering new housing to Parramatta’s ever increasing workforce and population.”

Once completed V by Crown Group will be home to hundreds of new residents and will feature Parramatta’s highest bar with sweeping 270 degree views of Sydney.

V by Crown Group is due for stage one completion in early 2017.

Parramatta’s highest display suite on level 20 of V by Crown Group is due to open next week.

Here’s Ranbir Kapoor Wishing all the readers of DesiAustralia.com

Here's Ranbir Kapoor Wishing all the readers of DesiAustralia.com

10 Worst People Ever In The History Of This Planet