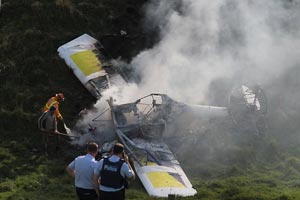 Police are investigating after a man and woman died in a plane crash in Glen Innes this morning.

About 10.30am today (Sunday 12 April), emergency services were called to a property off Nine Mile Road, Glen Innes, following reports of a plane crash.

The pilot of a micro-light aircraft, a 51-year-old Oak Flats man, and passenger, a 55-year-old Albion Park woman, both died at the scene. No other injuries have been reported.

A crime scene has been established and investigations are continuing.

A report will be prepared for the information of the Coroner.