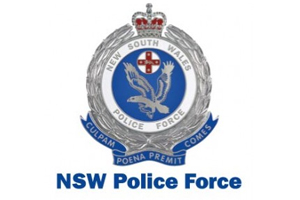 Police arrested nearly 20 people for offences including possess and supply drugs at an overnight dance party in Sydney.

The dance party, held at Sydney showground , continued throughout the night until 6am today (Sunday 19 April, 2015), with police targeting the use and supply of prohibited drugs at the venue.

During the operation 160 people were searched by drug dogs which resulted in 19 detections.

A 22-year-old Marrickville man was allegedly found in possession of 441 MDMA tablets and was charged with supply prohibited drug. He was refused bail and is due to appear in Parramatta Local Court today.

A 23-year-old Peakhurst man allegedly located with 124 MDMA tablets and amount of cash has been charged with supply prohibited drugs, possess prohibited drug and goods in custody. He was bailed to appear at Burwood Local Court on 12 May 2015.

A 25-year-old Allambie Heights man alleged to be in possession of over $2500 cash, was also charged with goods in custody and supply drugs.

Another 22-year-old Jesmond man was found with 35 MDMA tablets and has been released pending further inquiries.

A further 16 people were charged with possession of MDMA tablets and three others were issued Criminal Infringement Notices for enter enclosed lands and not quit licence premises.

Four people were taken to Concord Hospital suffering drug related illnesses. They are all expected to make a full recovery.

South West Metropolitan Region Detective Inspector Gus Viera said police will continue to have a presence at these events.

“New South Wales police will continually arrest people who supply and use illicit drugs at dance parties. Everyone has the right to attend these events and remain safe in a secure environment,” said Detective Inspector Viera.

“There’s little to no quality control in the production of illicit drugs. Quite simply, you don’t know what you are getting – seeking a synthetic high, could result in a serious injury or death.

“In spite of the number of arrest made the crowd was generally well behaved,” said Inspector Viera.

Police are urging anyone with information in relation to this incident to call Crime Stoppers on 1800 333 000 or use the Crime Stoppers online reporting page: https://nsw.crimestoppers.com.au/ Information you provide will be treated in the strictest of confidence. We remind people they should not report crime information via our Facebook and Twitter pages.