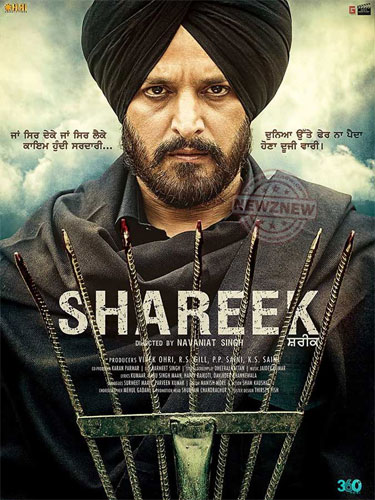 This heavy weight multi starrer has already created a huge hype amongst cine goers as where the film hit over 1.2 lakh views on the trailer in less than 24 hours and is now over 250k in just a few days. Film Producer and CEO Cinemadic Motion Pictures, Karan Parmar says this film will touch hearts of Punjabi’s across the international markets. “Shareek is a story that will touch everyone’s hearts especially those based out of Punjab. The film has been shot in Punjab and London which gives it a very real feel to the audiences based out of Punjab. Jimmy Sheirgill has once again given an outstanding performance and the music is something very special by Jaidev Kumar. This will definitely bring a new dimension to Punjabi Cinema”.

The story is based on a family which gets divided over the issue of land. Many events follow and the feeling of envy deepens. Director Navaniat Singh told, “Our writer Dheeraj Rattan is a gem. He has written the story so beautifully and we have worked really hard on the canvas of the film. We are glad to know that our trailer is being sought out so much on YouTube and we are now more confident with our project.”

How India Won The War Against Pakistan In 1965