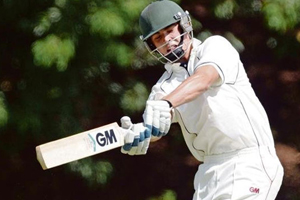 New Delhi: In a sensational record-breaking feat, a South African batsman on Saturday (November 18) scored 490 runs
in a 50-over match on his 20th birthday.

According to reports, his teammate Ruan Haasbroek also contributed an unbeaten 104 off 54 balls, with the help of 6 sixes and 12 fours.

Insane batting in a 50-over club match in Potch. Is this ground the size of a postage stamp? And if CricInfo is to be believed, today is Dadswell's 20th birthday. pic.twitter.com/XwA2QzXkbK

En route to that mammoth total, Pukke batsmen added huge stands during the innings — 194, 204 and 220 for the first three wickets respectively.

While defending the total, Dadswell produced bowling figures of 2/32 to celebrate his 20th birthday in style.