Spike in transgressions by China into Indian territory: Report 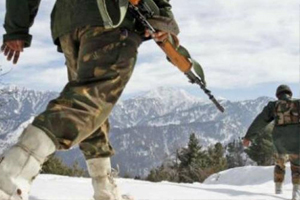 New Delhi: There has been a spike in transgressions by China into the Indian territory in October-November, 2017, according to Indo-Tibetan Border Police (ITBP) records.

As many as 31 incidents of transgressions were recorded in Depsang Area, Trig Height and Thakung Post (Pangong Lake) sectors in October-November, The Indian Express reported.

The People’s Liberation Army (PLA) troops entered as far as 20 km into Indian territory, the report quoted ITBP as saying.

The first transgression took place in Ladakh sector on October 12, 2017. PLA personnel are said to have entered Trig Height area by a vehicle and first drove two km inside Indian territory.

Later, as per the report, they drove another six km and then after a couple of days again entered six km into Indian territory, this time by boats on the Pangong Lake. The incidents reportedly took place on October 14 and 21, 2017.

Then on October 31 and November 5, 2017, PLA personnel are reported to have entered 19 km into Indian territory at Pangong Lake area.

Some transgressions have been reported in Uttarakhand also. The PLA soldiers are said to have flown into Indian territory on October 12, 2017.

Further, incidents of transgression were reported in Dichu and Asaphila areas in Arunachal Pradesh on November 1 and 2, 2017.

However, the Daily quoted a senior ITBP officer as saying, “There is no need to be alarmed. Such incidents are regular. The Chinese troops come and leave. The problem will start if they camp at some place.”

The force was raised in 1962 in the aftermath of the Chinese aggression.

Troops of India and China were locked in a 73-day-long standoff in Doklam since June 16, 2017, after the Indian side stopped the building of a road in the disputed area by the Chinese Army. Bhutan and China have a dispute over Doklam.

The MEA on August 28, 2017, had announced that both sides were disengaging from the face-off site.