Sweets for Rath-yatra in July

Rath-yatra is a symbolic ‘Chariot journey’ of Lord Jagannath(a representation of God Krishna or an avatar of Vishnu , in a chariot ) is one of the biggest Hindu festival in July. Practiced in Gujrat, West Bengal and Orissa states with sweets being integral part of this heritage festival. 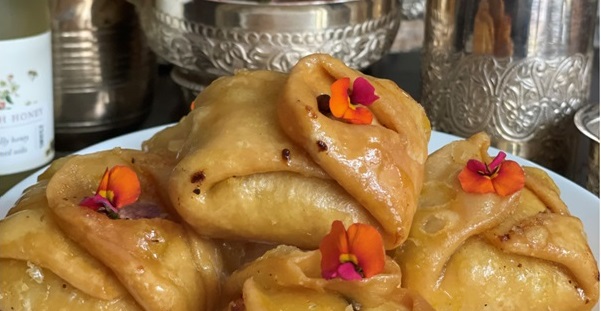 How to make your diet more sustainable, healthy or cheap – without giving up nutrients 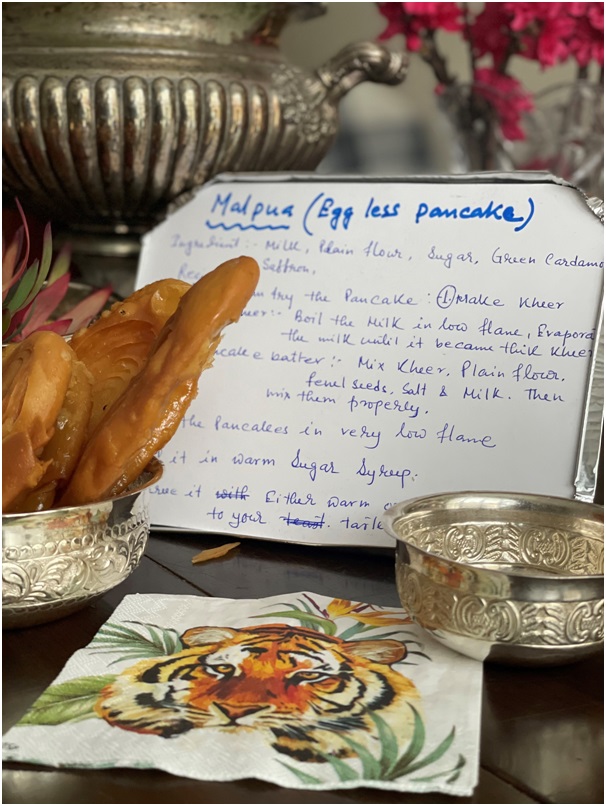 The daily rituals of 460 years old annual chariot journey in Puri, Odissa includes 56 dishes. Popularly  known as ‘Chhappan Bhog’, which is offered to Lord. It includes  sweets such as Khir Mohan (creamish dessert from cottage cheese  and sugar syrup ), Rasabali(deep-fried pressed cottage cheese) and Chenna Poda(cottage cheese with caramelised sugar) to name a few. Devotees also have favourite  Rath-yatra sweets such as Rituparna Pal from Sydney .

Rituparna (Ritu) celebrated Rath-yatra at her Sydney home, preparing sweets with her daughter during pandemic lockdown. She carried her family recipe as she migrated from Indian town of Midnapore (in West Bengal-Odisha border) to Switzerland to Australia. 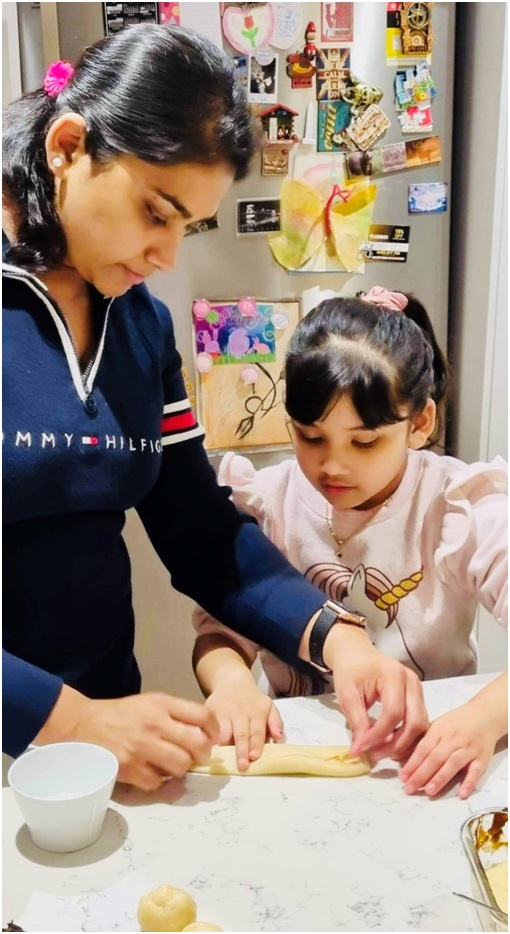 From her childhood,  Rath-yatra festival in her hometown is gradiose affair. Today, the very source of her excitement about Ratha-yatra are actually her childhood memories. Like all other kids, Ritu and her cousins used to wait outside on the road to see the chariots ( 3 Chariots: each with one for Jagannath,  Balaram and Subhadra). The chariots made her excited to pull the giant chariot rope but best part was  Rath-yatra sweets. Her family made Malpoa and Pitha (soft dough with rice flour, salt & hot water) while the local sweet shops made Gaja (crispy layered sweet made from Maida or plain flour) and Khaja ( refined wheat flour with sugar is made into layered lightly fried dough). Another great memory, Ritu has of  Rath-yatra is her visit to local ‘mela’ (fair). And fair visit was never complete without the mela food, from savoury to sweet, from crunchy `chat-pata’(Indian snacks) to Gaja. The culture of  Rath-yatra sweet and festival fair are ingrained in Bengali culture. In 1875, famous Bengali author Bankimchandra Chattopadhyay even described a little girl in  Rath-yatra mela in his novel titled ‘Radharani’. While in 21st century, Kolkata based young  fashion stylist AD Rishabh uses Rath-yatra or chariot as props for his art photography with a young lady to celebrate Rath-yatra grand heritage. Whether be the girl from  novel titled ‘Radharani  or young lady from AD Rishabh  art photography, they all love Rath-yatra sweets. It is the same for Ritu. 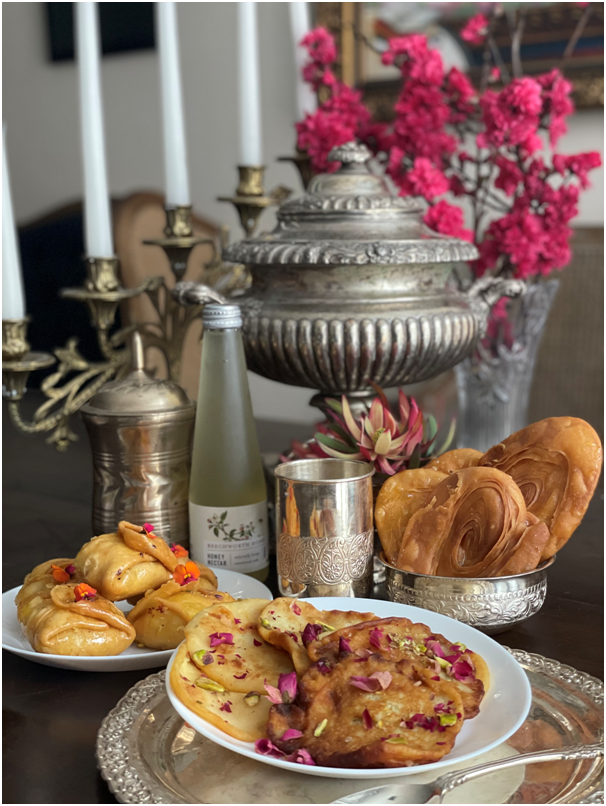 Although, Ritu left India long back,she still carrys those childhood memories, and the excitement starts to simmer as the festival nears every year. Rath-yatra celebration continues with a mouthwatering sweet making culture. Both being fodie and enthusiastic about Indian sweet, spend time to prepare  Rath-yatra sweets. For them, the 11 days of  Rath-yatra festival is reduced to weekend celebration. They love making  sweets such as Malpoa, Gaja and Labonga Lotika(mix of ground paneer, sugar, saffron, ghee and baking powder) and  reading  mythological stories at home. In Bengali culture,  even a Gaja is named as Rani Rashmoni gaja (after Rani Rashmoni, the widow of a Kolkata Zamindar whose welfare works during her lifetime from 1793  to 1863 included Constructed road from Suvarnarekha River to Puri for pilgrims to visit Jagannath temple). Now with her daughter( who is also excited about Indian sweets and mythology), Ritu makes her Ratha-yatra sweets to celebrate the festival.  Each of her sweet is a work of art and labour of love. Even though, it is time consuming, Ritu takes her time to prepare them over days. Such is her dedication to preserve the authenticity of Ratha-yatra sweets. May be one day,  Rath-yatra sweets making tradition and taste will be celebrated in Master Chef Australia by Ritu for everyone to appreciate!

Afghanistan, India and Pakistan-Occupied Kashmir : A journey of a Bengali journalist