‘Thai Crown Prince asks public not to worry over coronation’ 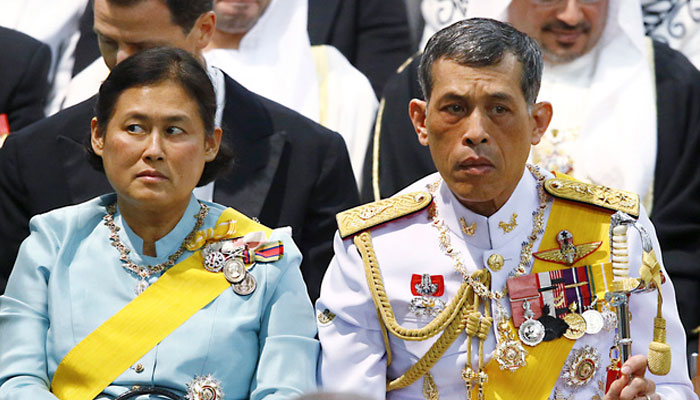 Bangkok: Thailand’s Crown Prince Maha Vajiralongkorn has tried to dispel concerns over his surprise decision to delay coronation and asked the public “not to be confused or feel concerned” as he wants to join the citizens in mourning the demise of his father.

Prime Minister Gen Prayut Chan-O-Cha said the Crown Prince wanted people to take this time to keep to themselves fine memories of the past 70 years – during which the revered king Bhumibol Adulyadej ruled the politically volatile nation – before accepting the invitation to become the new king.

King Bhumibol, the world’s longest ruling monarch, passed away on Thursday at the age of 88, leaving a void in the deeply polarised country of figures like him seen as unifying force.

The coronation could take place some time after the royal cremation. Prayut said in his address to the nation late last night.

The Crown Prince wanted the people “not to be confused or feel concerned over the succession to the Throne because this matter is clearly stated in the Constitution, the Palace Law and traditions,” the Bangkok Post quoted him as saying.

Prayut and Gen Prem Tinsulanonda, in his capacity as the Regent, were granted an audience with the 64-year-old Crown Prince Maha at the Dusit Palace yesterday evening.

Prayut said the Crown Prince expressed concern for the Thai people as some were still suffering from flooding while the country was overwhelmed with grief over the passing of King Bhumibol.

Meanwhile, deputy prime minister Wissanu Krea-ngam said Privy Council, the royal advisory board, will choose a new president among themselves now that their chief, Prem, has become the regent.

“When the regent is relieved of duty, he will be reinstated as president of the Privy Council automatically without the need for a royal appointment,” Wissanu explained.

He said late King Bhumibol already appointed his heir on December 28, 1972 so there was no question as to who is going to be the new king.

The steps to be taken are just a formality to fulfill the late king’s wish, the Post quoted Wissanu as saying.

Meet number of developers from India and Australia at the India Australia Property Exhibition.

Remembering Dr Kalam on his 87th birth anniversary: The missile man and his last words before death