To protect CPEC, China wants to mediate between India and Pakistan on Kashmir 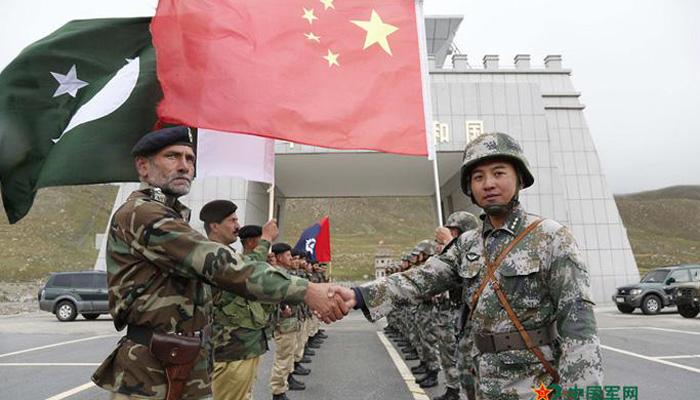 Beijing: On a day when India is mourning its braveheart soldiers who were subjected to barbarity by Pakistan, a report suggests that China is increasingly getting interested in playing a role in resolving the Kashmir dispute.

An article in the Global Times, a ruling Communist Party of China publication, says that China now has a “vested interest” in mediating between India and Pakistan because of its nearly $50 billion investment in the China-Pakistan Economic Corridor that passes through Pakistan-occupied Kashmir(PoK).

“Given the massive investment that China has made in countries along the “One Belt, One Road”, China now has a vested interest in helping resolve regional conflicts including the dispute over Kashmir between India and Pakistan,” it said.

The latest announcement by Beijing of wanting to play the role of mediator gives hints about the Communist country’s plan to become a stakeholder – even though unwanted – in the bilateral tussle between India and Pakistan.

In the guise of protecting its investments, China’s offer to mediate has exposed its latent interest in playing a bigger role – as a regional superpower – in the region.

Claiming that China had mediated between Myanmar and Bangladesh over Rohingya refugees issue, the article said, “China has always adhered to the principle of non-interference in the internal affairs of other countries, but that doesn’t mean Beijing can turn a deaf ear to the demands of Chinese enterprises in protecting their overseas investments.”

“China has been at the centre of a regional power shift, thus the country now needs to learn how to act as a stabilising force and conflict mediator in the region,” it said.

There is so much to learn for China about how to play its role as a regional power at a time when the country is witnessing a boom in outbound direct investment, the article said.

“For instance, while China has the capability to resolve conflicts through mediation given its increased economic influence, the nation needs to be very prudent in dealing with other big powers, India included, in the region,” it said.

“In fact, mediating between India and Pakistan over Kashmir issue would perhaps be one of the toughest challenges facing China in dealing with regional affairs to safeguard its overseas interests,” the article said.

This is perhaps the first time that Chinese official media started floating Beijing’s interest in playing a mediatory role to resolve the Kashmir issue.

China’s official stand is that the Kashmir issue should be resolved by India and Pakistan through bilateral negotiations, though Beijing has been stepping up its investments in Pakistan-occupied Kashmir (PoK).

While China in the past has played down reports of the presence of its troops in PoK, saying that they were there to deliver humanitarian assistance, its $46 billion China-Pakistan Economic Corridor (CPEC) through the disputed Gilgit and Baltistan region increased its involvement in the disputed areas.

India has protested to China over the CPEC+ and is yet to name an official delegation to take part in a summit of the “One Belt, One Road” initiative, of which CPEC is a part. The summit is to be held from May 14-15.

Chinese official media also referred to last month’s participation of Chinese troops for the first time in the Pakistan Day parade as a sign of Chinese military playing a role in regional stability.

10 Things That You Must Know About Mahira Khan!

Putin tells military to be ready for threats at border