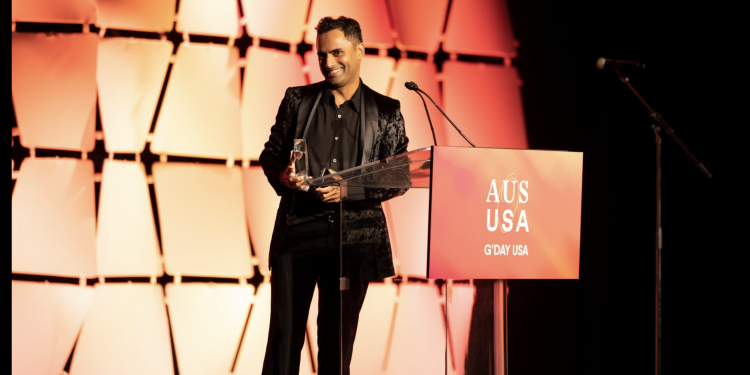 The event was hosted by the American Australian Association (AAA) and G’Day USA with APRA AMCOS Chief Executive, Dean Ormston, presenting the award to Tushar, an APRA AMCOS Ambassador.

During his speech at the prestigious awards ceremony, Tushar expressed his gratitude:

“I am very thankful that every day I get to make music with my friends and a lot of them are some of the best people in the world to do this with. To be in a position where that is what I call a job is an extremely privileged thing and I try not to take that for granted. Of course, none of this happens without a team.”

Tushar thanked his family, friends and colleagues with a special acknowledgment to his parents who were extremely supportive of his musical ambitions in the early days.

Growing up in Sydney as an only child to Indian parents hailing from Pune, few could guess that this determined young man would go on to work with such iconic names in the American and International music industry.

Besides his pop production credits, he also scored for cinema and TV, with major projects like The Bobby Brown Story and Zoey’s Extraordinary Playlist under his belt 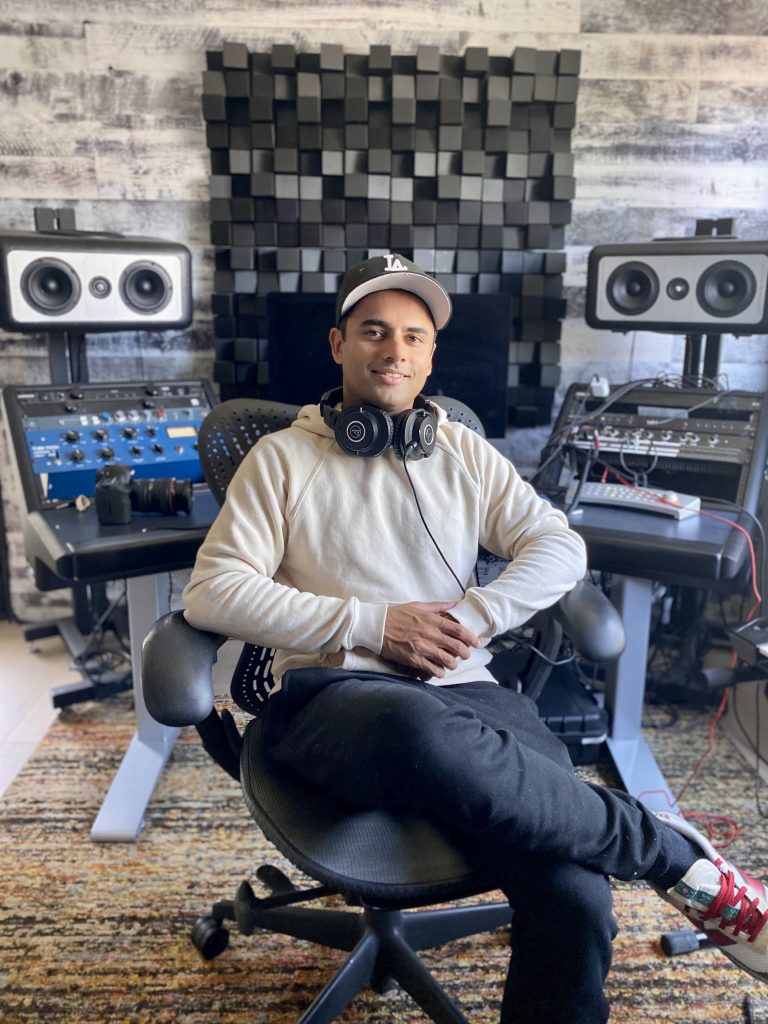 While Apte’s back catalogue of work speaks for itself, the songs he’s produced and written over a decade have over 1.3 billion collective streams as of 2022.

Apte didn’t shoot straight to the top in an 80’s style success montage — he fought, worked, and hustled with tenacity and gumption to earn the esteemed place he currently occupies within the industry.

After giving up a comfortable corporate life in Sydney, Australia to live on his cousin’s couch in Los Angeles, USA, Apte fought tooth-and-nail to earn a place in the music industry.

Making the most of his immense talent and work ethic, he made it to the elite level many aspire to reach — and all for the love of music. Since then, he’s worked as a songwriter, producer, keyboard player, composer, and more. It’s clear that there’s no one box that Apte fits into.

Years of his life were spent in Hollywood cafes, tapping away at the keyboard of his dusty old MacBook, making cold calls and emails looking for work, and even waiting to overhear people talking about work in the industry so he could approach them in search of an opportunity.

These years were punctuated by varied bits of work to keep some cash in his back pocket and inspiration in his heart, but at one point he even came a hair’s breadth from leaving it all behind.

Six months after applying to an APRA sponsored song writing camp, disheartened with no call back, Apte had his bags packed and ready to book a ticket home the next morning. But, as he was going to sleep, his phone rang — he answered, and the voice down the line asked if he would attend the song-writing camp in Toronto. 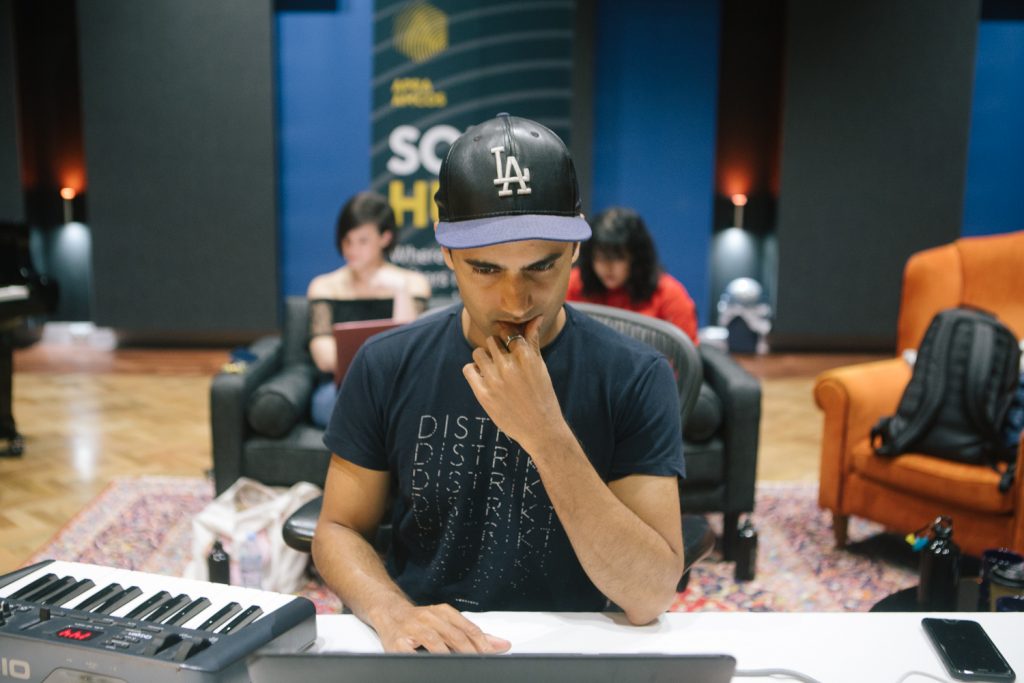 The day after arriving at the camp, he wrote the song that would go on to become his collaboration with American R & B sensation Chris Brown, which peaked at #7 on US Pop Radio — many regard this song, Zero, from Chris Brown’s Billboard RnB #1 album Royalty to be his breakthrough moment.

In the following years, Lucas Keller of the iconic management agency, Milk & Honey became Apte’s manager, and Apte then signed with Warner Chappell Publishing in 2017.

From there, Apte has gone on to work with the biggest cultural giants that exist today, ultimately shaping the landscape of modern music.

“This is an extraordinary story of Australian success in one of the largest music industries in the world. Tushar’s exceptional achievement should be applauded. This is a story of aspirations, determination and one of perseverance. It’s a story of multicultural excellence!” said Reg Raghavan Founder and CEO, CulturalPulse.

CulturalPulse has worked with Tushar in the past to showcase his success in collaborating with some of the biggest names in music.

As an international diaspora agency, CulturalPulse supports diverse talents in business, sports, music and the arts.

Apte continues to exercise his creativity and musicianship in new ways every day, maintaining his illustrious position in the industry and his vibrant career — all for the love of music.

The face behind the fashion columns.