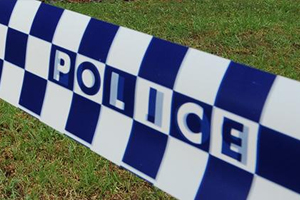 An unlicenced driver has been detected driving his vehicle three times within an hour by Traffic and Highway Patrol Command officers.

About 11.15am today (Monday 23 March 2015), a 38-year-old Wellington man was detected driving a red Hyundai Elantra sedan westbound on the M4 at Erskine Park.

Police issued the driver with an infringement notice for driving with an expired licence and he was informed he could not drive until he renewed his licence.

The man was detected a second time, driving the same vehicle westbound on the Great Western Highway at Lapstone about 11.40am, where he was again stopped by police.

He was issued with two more infringement notices regarding his expired licence as well as a speeding offence.

Shortly after midday, the driver was detected a third time, heading west on the Great Western Highway at Blaxland, where he was arrested and taken back to Springwood Police Station.

He was later charged with driving with an expired licence and disobey police direction (two counts), before being granted conditional bail to appear before Katoomba Local Court on Monday 20 April 2015.

The Commander of the Traffic and Highway Patrol Command, Assistant Commissioner John Hartley, said unlicensed drivers posed a huge risk to themselves and other road users.

“If you don’t have a valid licence, you cannot drive,” Assistant Commissioner Hartley said.

“Driving unlicensed is not only illegal, it is incredibly dangerous.

“We are committed to tracking down and charging anyone who thinks they can flout the road-rules, and encourage members of the community to contact Crime Stoppers if they know or suspect someone is driving without a licence.”

Police are urging anyone with information in relation to this incident to call Crime Stoppers on 1800 333 000 or use the Crime Stoppers online reporting page: https://nsw.crimestoppers.com.au/Information you provide will be treated in the strictest of confidence. We remind people they should not report crime information via our Facebook and Twitter pages.