They say the most intense lines are in the national anthem of Algeria, which was written in prison by the poet Moufdi Zakaria, who cut his own finger and wrote in blood. The calmest national anthem is that of Israel. 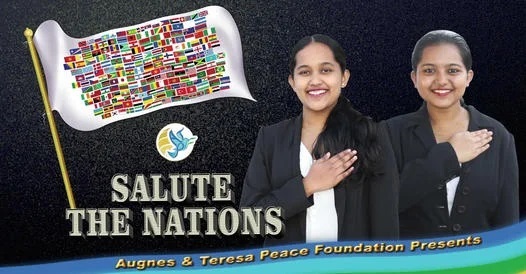 The six-hour endeavor took put at an occasion held by the Joined together Countries Affiliation of Australia at St John’s Cathedral in Brisbane to stamp Worldwide Day of Peace, moreover known as World Peace Day, on 21 September.

Beyond Pink: Caring for care givers and people living with Cancer 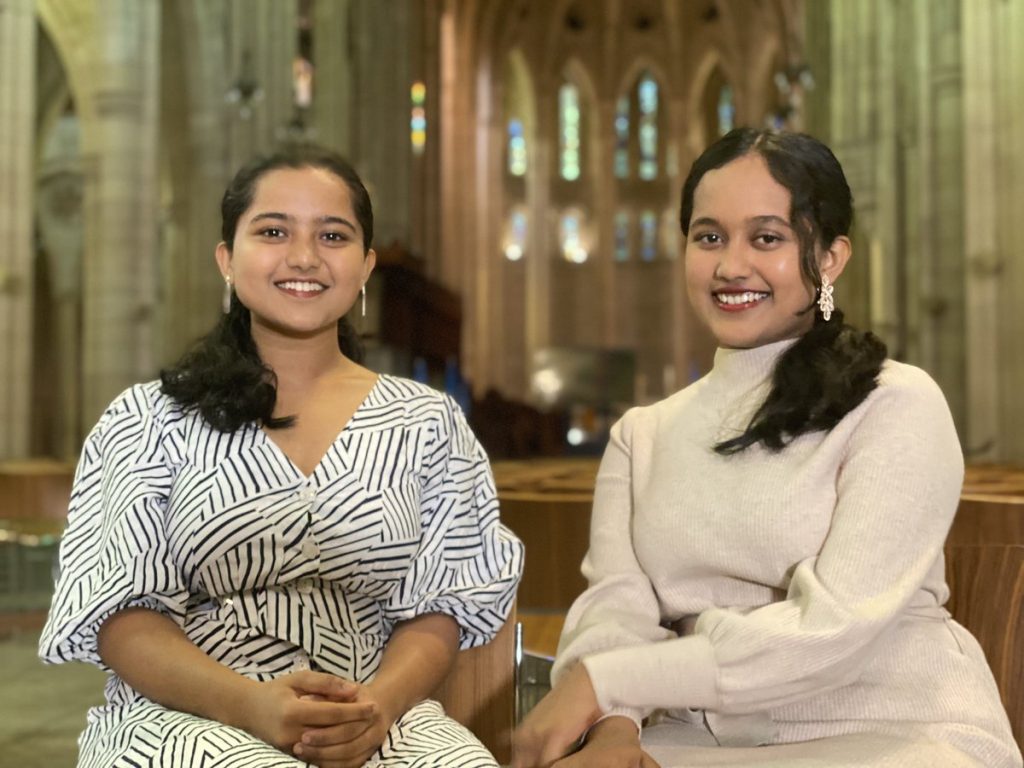 The Indian-origin 21-year-old Teresa and 18-year-old Augnes sisters from Brisbane opted to sing the national anthems of the 193 sovereign states that are members of the United Nations in alphabetical order, beginning with Afghanistan.

For the past nine a long time, the gifted Brisbane sisters have been getting up 5 o’clock in the morning to memorize, sing and retain national songs of devotion from all over the world.

All thanks to this propensity, which they trait to their father, 21-year-old Teresa and 18-year-old Augnes say they can belt out the national songs of devotion of 245 nations and regions from memory. 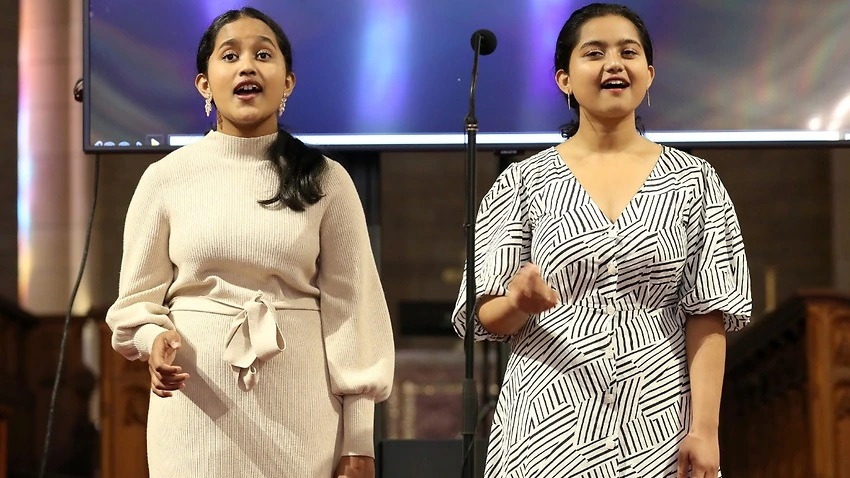 Now they can indeed claim the world record of singing the national songs of devotion of 193 nations in 100 dialects by heart.

“Our actual aim is world peace. We are singing because national anthems are the binding source for citizens of a nation irrespective of social, economic or political differences. This is just the beginning of our journey,” Augnes Joy told Australian Media.

“Our intention is not world records or any rewards. We have actually been working for the last nine years towards world peace,” Teresa added.

The record endeavor had initially been planned to require place in 2020, firstly within the Joined together States and after that the UAE, but was cancelled due to the COVID-19 episode.

However, Teresa and Augnes said they are pleased that the easing of COVID restrictions in Queensland allowed them to conduct the event live in Brisbane in the presence of government representatives, representatives from various countries and dignitaries of the United Nations Association.

The record-breaking attempt was not simply for personal gain. The sisters have started the Augnes and Teresa Peace Foundation (ATPF) to assist women and children in need around the world.

They hope to share a message of peace, hope and harmony. 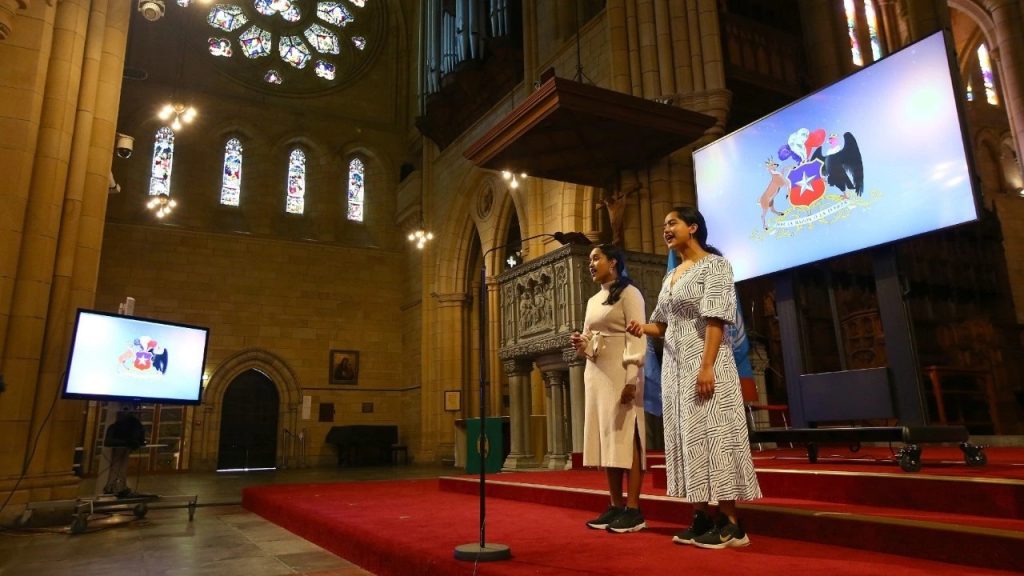 “Once the world is open, we wish to organise international stage shows across the globe. Any remuneration or sponsorship we receive will be channelled through charities or organisations who provide aid to those most vulnerable,” said Teresa, who is studying a degree in psychology and criminology.

“We also aim to use these funds for the empowerment of women and children. We have already received invitations from many countries to stage events,” added Augnes, a Year 12 student.

Augnes and Teresa not only learnt the national anthems by heart, they researched the stories behind them.

“We enjoy learning all about these anthems, their meanings, who wrote them and other interesting information,” Teresa said.

This is not the first time the Brisbane sisters have been in the limelight. When the pandemic tore through the world in 2020, Teresa and Augnes contacted cultural organisations in some of the countries hardest hit like Italy, France, and Cuba to lend their support.

“We sang the national anthems of these countries and also recorded messages in each language to console those in distress,” Teresa said.

“We were overjoyed to learn that people were incredibly happy to listen to us and some people rang us to express their gratitude. They even invited us to their countries after the world re-opens. It gave us a real boost,” Augnes said.

Augnes and Teresa are full of appreciation for their parents Joy K Mathew and Jacqueline Joy, whose whole-hearted support has helped them realise their goals.

“Our dad guides us to learn the national anthems. He is leading us along the path, while our mum looks after everything related to school and college,” Augnes said.

“Dad has taught us that the national anthem is the voice of a nation.”

“National anthems bring people together. I waited for [Augnes and Teresa] to grow up, and when they were in Year 3 and 6, respectively, I started teaching them. We have given them the opportunity to learn from musicians around the globe,” he said.

Clem Campbell OAM, of the United Nations Association of Australia’s Queensland Division, who coordinated the event on International Day of Peace also added

“The young people will be our future leaders. They will have to save our world. And it is very important we support all young people who are there, promoting peace, promoting understanding of the environment, and appreciating climate change,”

The sisters say they have also authored a book about their nine-year journey spreading peace through singing. The book, Inspiring Journey, has been completed in English and is being translated into languages such as Spanish, Chinese, and French ahead of publication next year.